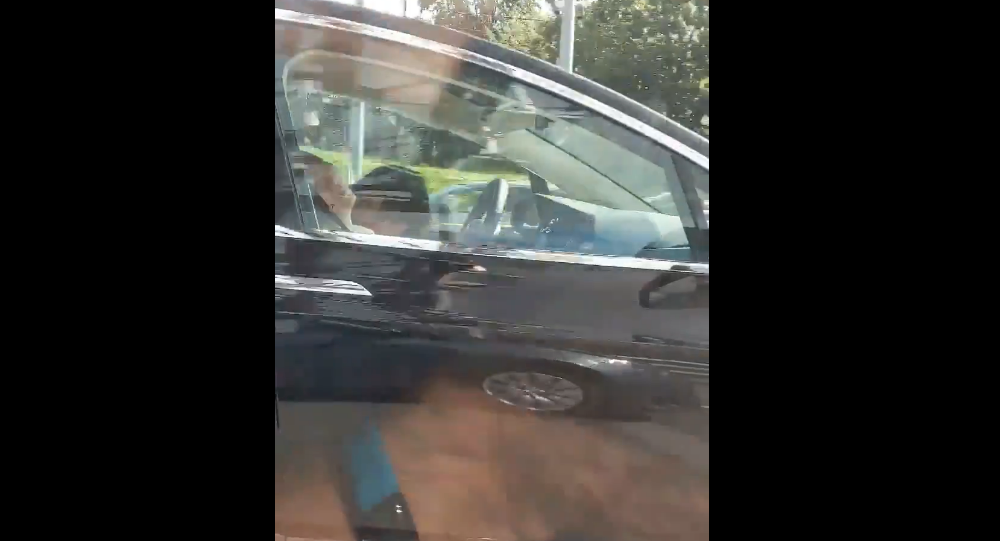 While other motorists had their eyes on the road, one Tesla driver was busy watching the back of his eyelids as he and his passenger cruised down the Massachusetts Turnpike at a reported 55 mph.

Massachusetts resident Dakota Randall says his life will never be the same after witnessing a Tesla owner catch some Zzz’s at a higher-than-safe speed.

"I kind of looked over and saw what I thought was somebody asleep at the wheel, and I was like, that can’t be right. So I did a double take, looked over, and sure enough, this guy was just, head between his legs, completely asleep,” Randall told local news outlet NBC10 Boston. "It seemed like he had his cruise control on around like 55-60 miles per hour."

"I'm never going to look at one the same," he said about so-called autopiloting cars after the apparently life-altering event. "I'm always going to look to see if somebody's asleep."

Randall told NBC10 that he honked his car horn multiple times before recording the video, but neither the driver or passenger woke up. He said he attempted to wake them for about a minute before speeding off for his own safety.

While Teslas can run you tens of thousands of dollars and offer ever-improving software, the company suggests you treat it like any other vehicle - even if you didn’t get a full eight hours of sleep.

“Autopilot is intended for use with a fully attentive driver, who has their hands on the wheel and is prepared to take over at any time,” Tesla’s online support section notes. The website also stresses that the feature is not a “self-driving system” and should not be treated as such.

Though Randall’s video has gained over half a million views on Twitter, not everyone was impressed with his multitasking, and some were quick to reverse the safety narrative onto him.

That's almost as stupid as shooting video while driving. In portrait mode.

Maybe call 911 next time instead of filming?

I still think the sleeping driver is safer than the guy taking the video. 😜

A number of other individuals even went so far as to claim the footage was fake and a set-up for Randall to draw publicity.

NBC10 noted that while state police became aware of the incident via social media and local news, they did not receive a phone call, eyewitness footage or news about a Tesla crash on the turnpike.