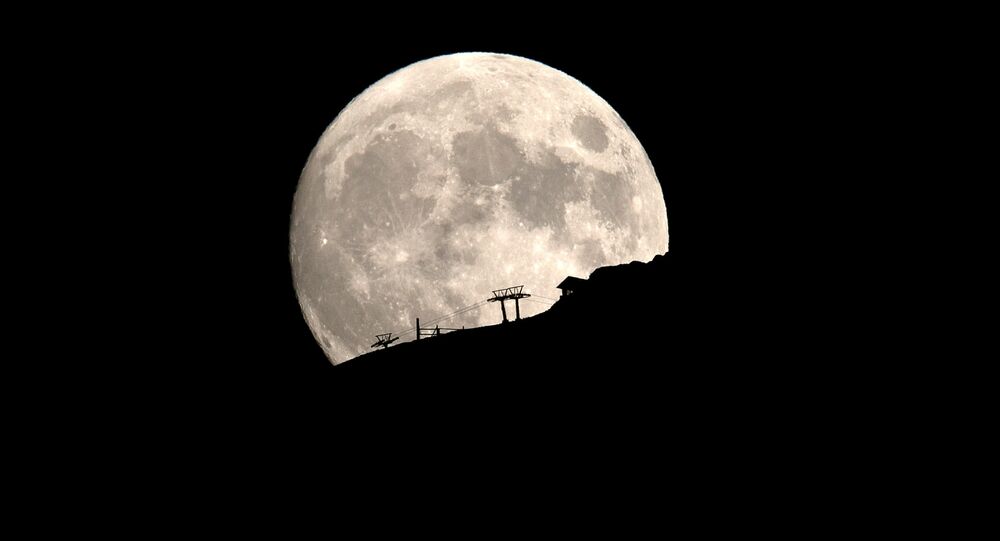 New Delhi (Sputnik): India’s second Moon Mission, Chandrayaan2, is scheduled to land on the lunar surface early Saturday; the event is expected to go down in the history of space science. If successful, it would be the first soft-landing in the unexplored South Polar Region of the Moon by any space-faring nation.

Ahead of the historic landing, India’s national space agency, the Indian Space Research Organisation (ISRO), has released a video of the lander’s journey to the Moon’s South Polar Region. The Lander is scheduled to perform a powered descent between 0100 - 0200 hrs IST on 7 September, which will then be followed by a touchdown between 0130 - 0230 hrs IST.

Watch this video to find out more about Vikram — Chandrayaan 2’s Lander — and the different stages of its journey to the Moon’s south polar region! https://t.co/2qBLe0T710#ISRO #Moonmission #Chandrayaan2

​The lunar South Pole is especially interesting because the area there remains in the shadows and is much larger than its North Pole. The possibility of the presence of water there is much higher and the craters in cold traps could contain a fossil record of the early Solar System. India’s first Lunar Mission in 2008 identified traces of water on the Moon.

ISRO said on Wednesday (4 September) that the second and final de-orbiting manoeuvre was performed successfully using the on-board propulsion system.  Both the Orbiter and the Lander are in good shape, said ISRO.

"India's contribution towards space exploration over the years has been instrumental in unravelling discoveries beyond Earth. Chandrayaan-2 is a breakthrough mission that will enable us to understand the presence of water on the Moon. This is not to benefit India but mankind across the globe" said NASA astronaut Jerry Linenger in a statement.

Linenger is known for surviving a fire during one of the most dramatic missions in space history. He spent nearly five months aboard the Russian Space Station Mir.

"I am excited to be witnessing this historic moment in India and will urge all to witness India making history," Linenger added.

“The final descent of the Lander will be 15 terrifying moments for us, as it is something we have never tried before. It is one of the most complex operations we have ever handled", ISRO Chairman Dr. K. Sivan said. “On the whole, managing such a mission itself is new to us."

There have been ecstatic reactions from Indians to the momentous event, with celebrations planned across the country. The landing would be telecast live across over 100 countries by several national international satellite channels.

#Chandrayaan2 Wow. Let's go.. we are waiting for your Great Landing 🇮🇳🌑🚀 pic.twitter.com/EpIn8IPcU6

​One twitterti even posted a black and white image of former Indian President Dr. Abdul Kalam, a pioneering rocket scientist, along with a scientist colleague assembling a rocket in the initial days of India’s space voyage, saying “Missing Dr. APJ Abdul Kalam on this historic day”.

​Chandrayaan-2 with all its domestically-made payloads, was launched on the 22nd of July from ISRO’s spaceport on the eastern seacoast of Sriharikota in Andhra Pradesh.