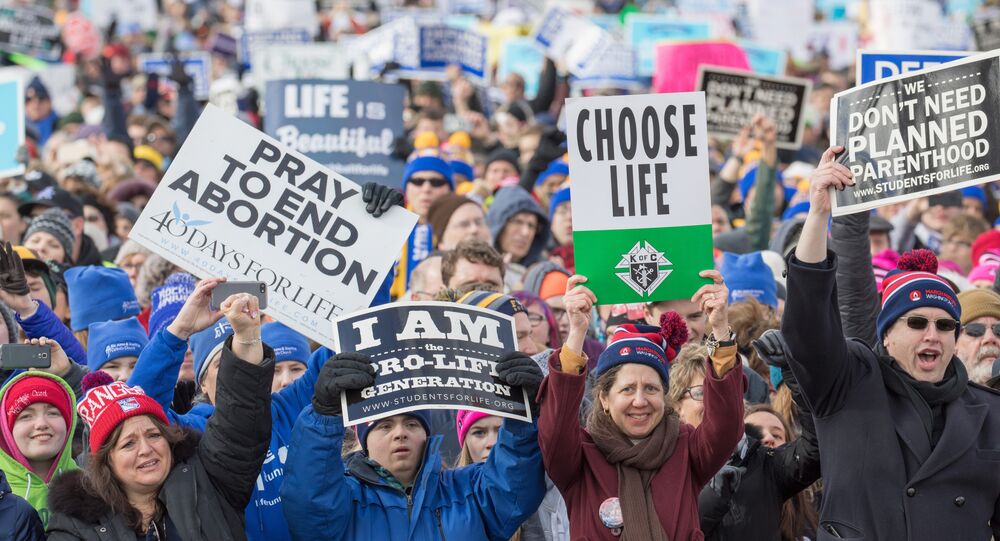 The alleged perpetrator is presumed to rub shoulders in governmental circles and be a frequent guest at the White House, while he currently holds a senior position in Google’s customer analytics department and the tech giant’s narrowly-specialised Cloud project.

A senior Google staffer working for Google Cloud and the US government appears to have assaulted a pro-life activist in close proximity to a Washington, DC, Planned Parenthood, with the alleged victim following the man by car in a bid to identify him, The Daily Caller reported.

The outlet added that the alleged offender was later identified as Quinn Chasan, who was found via LinkedIn to be employed by Google, in charge of “Customer Analytics, Google Cloud, US Government.”

The Daily Caller managed to confirm some of his personal details and identity by linking the address he travelled to when chased with a post on Facebook lauding a July party at the same location. Chasan’s Instagram pictures also appear to match the man that appeared in the assault video, although the Instagram account is now private and closed to the general public.

The purported victim, Michael Gribbin, took a video of the brawl and then posted two separate video clips to YouTube. In them, Gribbin follows his alleged assailant and demands his chalk back, which he had been using to write pro-life messages on the pavement outside the Planned Parenthood building.

The alleged assailant is then shown throwing the chalk before unlocking his bike, with the victim coming up to him and grabbing the vehicle warning there is no way he can leave the place before the police arrive. The video then goes on to show the attacker punch and knock Gribbin down to the ground, inflicting a number of bruises over his torso, leg and above the left side of his forehead.

“He was writing anti-abortion shit on the sidewalk and preventing me from leaving,” Chasan says in a second video posted to YouTube, prompting the alleged victim to strike back:

“That’s because you stole my chalk,” Gribbin replies.

Google searches of Chasan turn up videos of him speaking at tech conferences, with a bio from one of his speeches noting that “he helps Government agencies integrate their digital tracking programs with their offline data to create a 360 degree view of the citizen, across efforts from opioid treatment & recovery to military recruiting.”

The bio then specifies that before he switched to Google, Chasan “was the senior technical account manager for the media relationship between Google and the Department of Health and Human Services.”

In keeping with this, posts to Chasan’s Instagram reportedly indicate he visited the White House a number of times, and even went bowling in the Truman bowling alley.

Neither the plaintiff, nor the alleged assailant has commented on the case, which is now under investigation.

The incident came at the backdrop of a nationwide debate on anti-abortion laws, with social activists eagerly counselling on the subject across the country. Sixteen US states have so far passed or are currently floating plans to give abortions a no-go once a fetal heartbeat is detected – about six weeks into pregnancy. Georgia, Mississippi, Kentucky, and Ohio have all approved so-called heartbeat abortion laws.