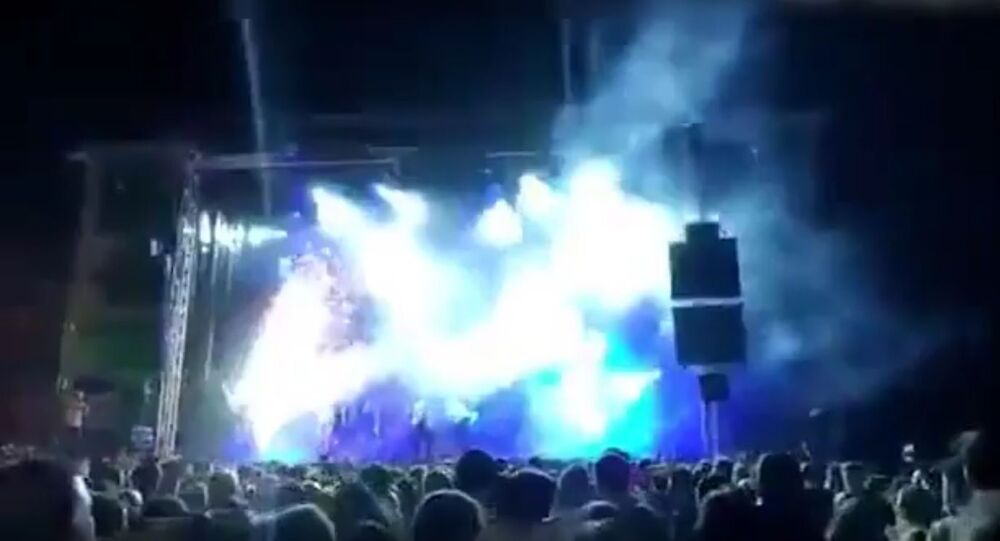 Spanish performer Joana Sainz was dancing on stage, with her band’s performance scheduled to close a local festival outside capital city Madrid, when a couple of “small cartridges” were released, with one of them hitting Sainz in the stomach, to the shock of the other band members and cheering – until the very last moment - fans.

A young Spanish pop star, Joana Sainz, has died in front of a shocked audience after a pyrotechnic device malfunctioned and exploded mid-performance, ending up in the dancer’s abdomen. She was performing on stage at Las Berlanas, a small town northwest of Madrid, with her Super Hollywood Orchestra group, when the tragic incident occurred, as the local festival where they had been invited was drawing to a close.

The pyrotechnic stunt was designed to be an integral part of the special effects programme that accompanied the 30 year-old’s performance, but instead, nearly a thousand terrified onlookers, many of who were filming the show for their memories, happened to capture footage [disclaimer: graphic video] of the fatally injured woman falling on the stage.

The medical workers in attendance attempted to provide help to the unconscious performer on the scene, before the emergency services arrived to rush her to hospital, but she died shortly thereafter, having succumbed to the injury.

Isidro Lopez, from Super Hollywood Orchestra’s promoter Prones 1SL, posted a message about the tragedy on Facebook, expressing the company’s “most heartfelt condolences” to the family and friends of Sainz, a chief choreographer and dancer at the Orchestra.

He singled out her “exemplary behaviour, both personal and artistic”, adding it would be “very difficult to overcome” the loss.

A representative from Prones 1 SL also shared with EWl Norte de Castilla that the “unfortunate” and “regrettable” accident appeared to have been caused by a manufacturing flaw. According to him, the agency had staged the performance for “five or six years”, with the number of events totalling 2000, but nothing had gone wrong before.