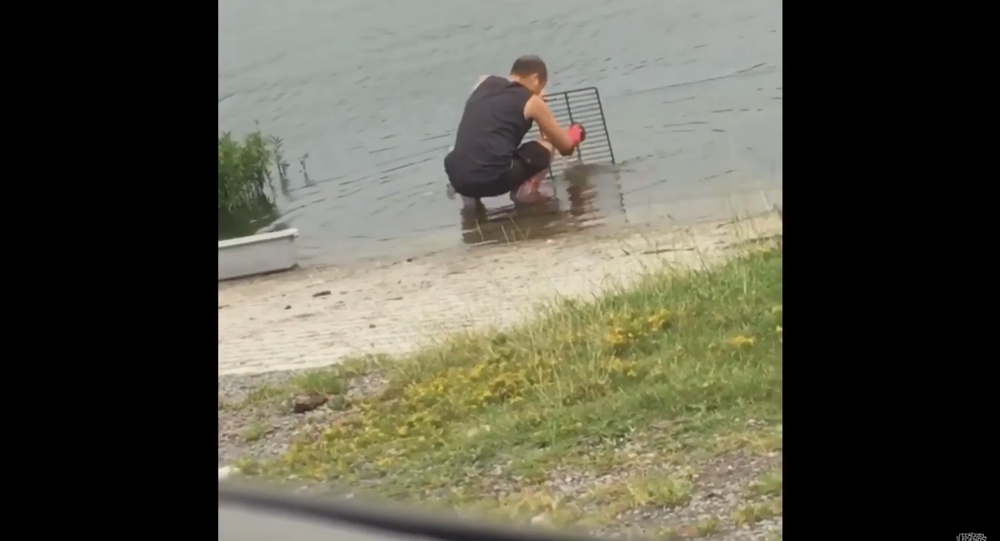 The No.1 Chinese Restaurant in Old Hickory, Tennessee, recently saw its doors closed to the public after cellphone footage surfaced showing employees washing various restaurant supplies in a nearby lake.

Restaurant employees of the Old Hickory establishment were caught on camera by local resident Lance Glover early Tuesday. The two workers were videoed washing rags and grill racks, among other items, in a lake located near the eatery.

Glover’s recording later shows the pair carrying the items back into the restaurant.

When contacted by local news station FOX 17, the daughter of the restaurant owner revealed that workers “always” wash tools in the lake for personal use. However, she later admitted to the station that employees do in fact clean drain and food racks used for the restaurant in the lake.

The unidentified individual went on to note that food reportedly never comes in “direct contact” with any of the lake-washed items.

Hours after Glover’s footage emerged online, officials with the food division of the state’s Metro Public Health Department arrived at the diner to investigate the incident. The restaurant was subsequently closed for business for a few hours until workers were able to disinfect all items and food prep surfaces.

"This morning the Metro Public Health Department’s Food Division was made aware of a video placed on social media of what appears to be individuals washing a grate and other items in the lake at an Old Hickory boat dock,” reads a statement from the department obtained by local media.

“As a result of the inspector’s findings, the Health Department is closing the restaurant due to a potential imminent health hazard and is requiring the restaurant operator to wash and disinfect all food prep surfaces and equipment before the establishment is allowed to reopen.

A citation issued by the inspector notified the restaurant’s operator that both washing and sanitizing practices are to be in line with the Tennessee Food Code.

'Zombie Meat': Food Comes to Life and Tries to Jump Off Table in Chinese Restaurant