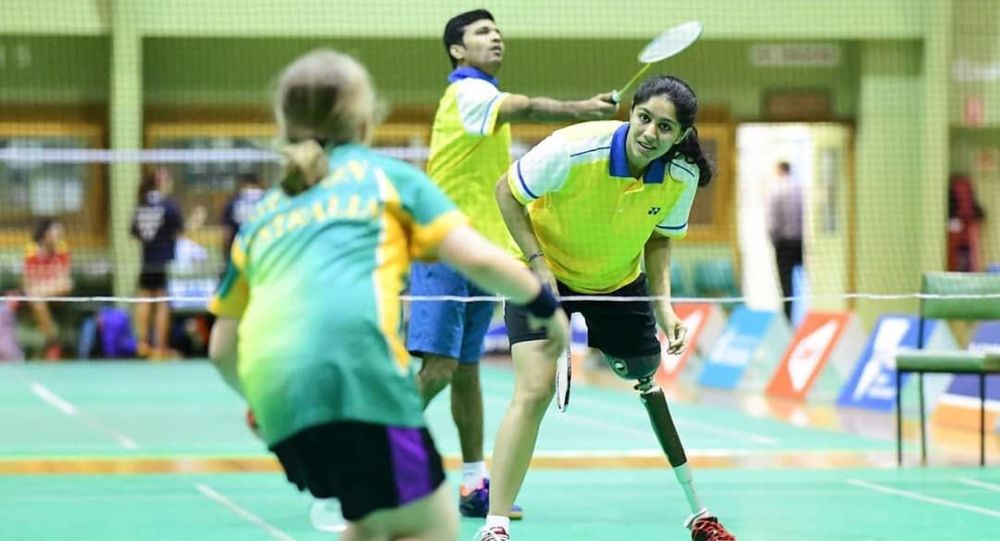 The SL3 tournament is for players who are impaired in one or both lower limbs and have poor walking or running balance.

Tournament update: Wonderful few days at the BWF Para-badminton World Championships. Stoked to have won the Gold with exactly #1YearToGo for #Tokyo2020 Paralympics.

I earned it.
Worked every bit for it. pic.twitter.com/sGZRL9GWMu

The news of Joshi winning the coveted title, however, didn’t take too long to draw the attention of social media, and the Twitterati hailed the para-athlete’s accomplishment.

Joshi, who plays the sport with a prosthetic leg, was applauded by politicians, celebrities and netizens alike for overcoming her difficulties and winning the world title.

In the high of PV Sindhu getting Gold in world championship, we forgot to wish #ManasiJoshi, who won Gold in World Para Badminton championship!
Here is it wishing her..: pic.twitter.com/wOW5zjy20c

And let’s not forget to acknowledge this GOLD too! #ManasiJoshi
Para Badminton World Champion 👏🏼👏🏼👏🏼👏🏼👏🏼 pic.twitter.com/y8QMUAKwX5

Manasi Joshi deserves the same respect and attention like PV Sindhu from the govt, stars and public. Salute to her. https://t.co/2VxyNgsbw8

It's a double whammy for India !!! She deserves more accolades than seen so far !! pic.twitter.com/HmMEc0YjY1

Manasi Joshi too won gold in para badminton... Trains also at Gopichand academy. So it's a grand double! But no big news about this pic.twitter.com/J0RZCAG2ux

According to a private website, in 2011, Joshi lost her left leg in a freak accident when she was hit by a truck while crossing a road junction.

In spite of sustaining multiple injuries on her arms and legs, she was only able to reach the operation theatre 10 hours after the accident. Being infected with gangrene due to the delay in treatment, she ended up with an amputated left leg.

However, in 2012, she re-learned to walk using her prosthetic limb. After regaining her confidence to move around using the artificial leg, she resumed playing badminton and other sports.

Joshi turned into a professional badminton player after participating in the 2014 Para Asian Games and has won several medals at international badminton tournaments since then.