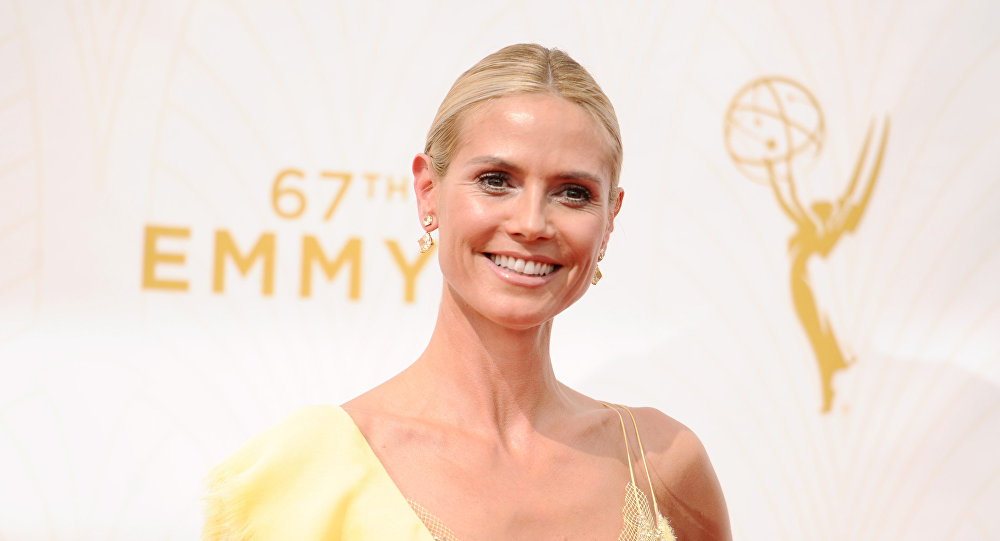 German model Heidi Klum tied the knot with Tom Kaulitz, 17 years her junior, in a secret ceremony on 22 February this year, after announcing their engagement in December.

Supermodel Heidi Klum posted a video on her Instagram Stories on Monday where she tries to squeeze into a pair of pink and white houndstooth-print skinny pants from the new line for her followers.

The German model, 46, jokingly blamed eating far too much pasta on her honeymoon for her struggles to fit into the exciting new pieces from her friend and social media influencer Chiara Ferragni’s fashion line.

“Chiara thank you so much! I think you are very kind and very nice to send me a small in these jeans but I think I'm a medium if not a large. Or maybe on my honeymoon I ate a bit too much pasta in Italy but this is where it is”.

The “Project Runway” host did a bit of a shimmy, but the reluctant pants hesitated mid-butt, showing the top of her black thong.

On Monday night Heidi Klum, fresh off her honeymoon, rocked the red carpet at the 2019 MTV Video Music Awards.

​The 46-year-old mother-of-four looked stunning in a super-short sequined mini dress with a cleavage-framing cut-out.

Heidi Klum secretly wed her toyboy fiancé Tom Kaulitz in a low-key ceremony on 22 February this year, after announcing their engagement in December.

Klum had flashed her engagement ring on social media , sharing a picture of herself with Kaulitz, where she tells her fans: “I SAID YES!”

Her followers inundated her with messages of congratulations.

Heidi revealed she got engaged to her boyfriend in December.

The America’s Got Talent judge admitted that the age difference with Tom Kaulitz - 17 years her junior - led to a lot of questions when they first started dating. She told InStyle:

“Lately, I'm being reminded more about my age by people other than myself. My boyfriend is many years younger than me, and lots of people are questioning that and asking about it. That's really the only time when age seems to be shoved in my face and I have to give an answer for it.
You have to just live a happy life without worrying too much about what people think because worrying is only going to give you more wrinkles”.