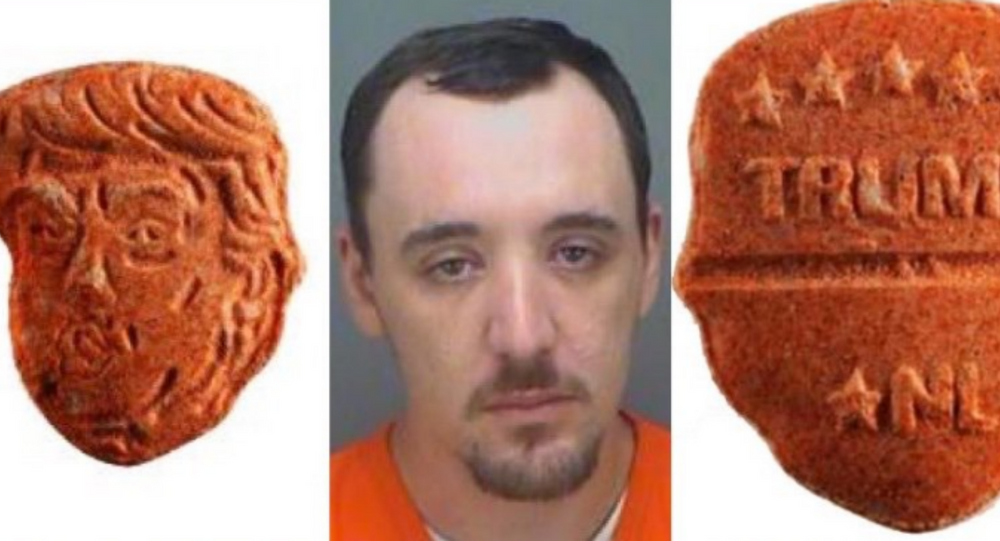 A Florida man was charged with possession of ecstasy in Clearwater, Florida. But these were not just regular ecstasy pills: they were orange and in the shape of US President Donald Trump’s face, according to authorities.

According to an arrest report by the Pinellas County Sheriff’s Office, Brendan Dolan-King, 23, hid at least five ecstasy pills inside the air vents in his Clearwater home. The drugs were labeled “Trump NL.” Drug testing confirmed that the pills were indeed ecstasy. Police also found a powder in the air vents that was later found to be fentanyl, a synthetic opioid 80 to 100 times stronger than morphine that has a high risk for addiction and dependence.

​Police discovered the drugs Friday after responding to a call about an overdose that occurred in the home. It is unclear if Dolan-King was the individual who overdosed or if he was just the resident of the home where the overdose took place.

A spokesperson for the Clearwater Police Department confirmed that officers have previously encountered ecstasy pills in a variety of different shapes, such as Batman or Superman logos. However, the Trump-shaped pills are definitely a first.

Ecstasy is a psychoactive drug that alter thoughts, feelings and awareness. According to the US Drug Enforcement Agency, ecstasy is considered a considered Schedule 1 drug, meaning it has “no currently accepted medical use and a high potential for abuse.”