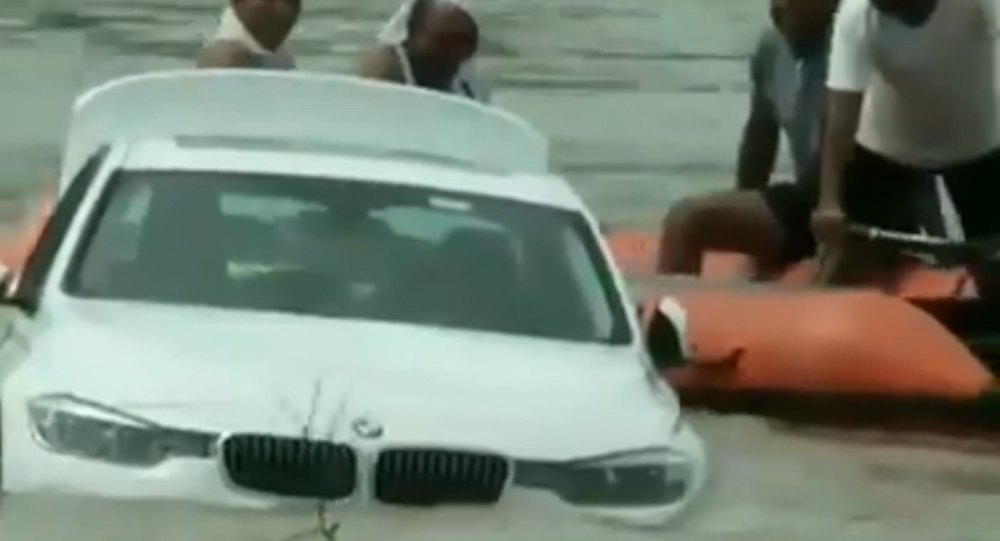 A 22-year-old man hailing from Yamuna Nagar, an Indian city in the country’s Haryana state, reportedly pushed his newly gifted BMW 3 Series vehicle into a nearby waterway on Friday because his parents failed to get him the Jaguar he wanted.

Citing local sources, the Times of India reported that the upset individual even opted to film his dunking of the car, sending a copy of the footage to his parents. Officials have suggested the man has undisclosed mental health issues.

“Akash was demanding for a Jaguar car from his father, but when his father failed to buy him one, he threw away his BMW in a fit of anger,” Mukesh Kumar, a local police official, told the outlet. "His family had sold the Innova they had received from his in-laws to buy him the BMW."

​Video of the aftermath shows several local residents examining the water-damaged vehicle as it sits half-exposed in the Western Yamuna Canal. It was eventually removed from the site with help from locals.

However, the cause of the vehicle’s demise has been disputed by Sanjeev Kumar, the 22-year-old’s father, who claims the car toppled over the ledge as his son attempted to avoid hitting an antelope on a nearby roadway.

Although it’s unclear just what sent the car into the drink, it’s safe to say the repairs will cost the family thousands of dollars.