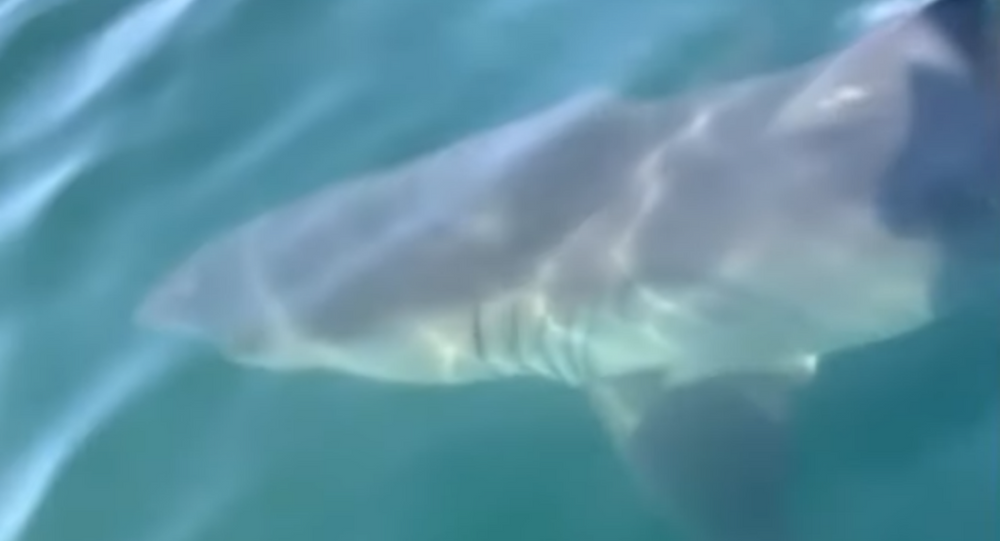 Watch: US Family Gets Up Close, Personal With Huge Great White Shark

A Massachusetts family received a bit of a shock recently after what was supposed to be a calm boating trip turned into a much too close encounter with a great white shark off the coast of Cape Cod’s Provincetown.

Mallory Fey, one of the several family members aboard the boat, told local news station Fox 8 that the chance encounter unfolded on Friday, moments before one of her cousins was preparing to jump into the Cape Cod waters.

“We were more fascinated than afraid! It felt like Animal Planet in real life,” Fey told the station. “We actually slowed down the boat in the area to let my cousin jump in the water to pee, and right before he jumped is when my other cousin saw the shark fin!”

“We first thought it was a sunfish, then got closer and saw the body,” she added.

Fey’s video shows the shark cooly gliding through the water, appearing to completely ignore the humans as it swims underneath their vessel. At the time, the family was roughly eight miles from the coast.

The family speculated to Boston station WBZ4 that the big fish nearly measured the length of their 22-foot boat, speculating that the shark came in at either 16 or 17 feet long.

“It was like the biggest thing I’ve ever seen,” Fey said. “That is a massive creature … Might have been one in a million, but it was pretty surreal.”

Fey’s cousin Sean Colbert doubled down on the shock the family experienced, stressing to the outlet that “seeing it on TV, you don’t realize how massive and quick [the sharks are].” He went on to remark that the moment was a “once in a lifetime thing, honestly.”

The family’s encounter comes nearly a month after jaw-dropping footage emerged in July of a great white shark leaping out of the water and stealing a bass that a family had caught while fishing in the Cape.