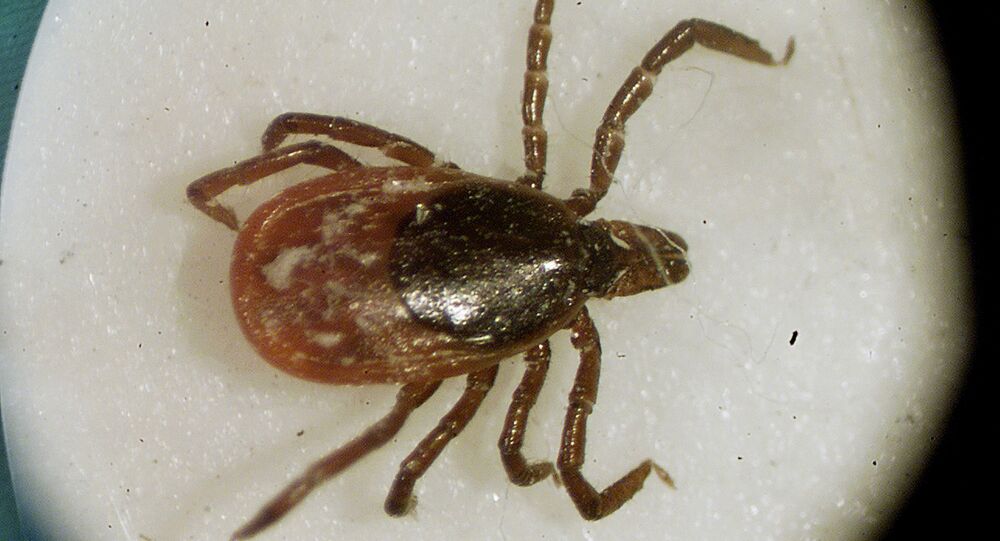 US Representative Chris Smith (R-NJ) continues to urge the Pentagon to investigate whether or not the US Department of Defense experimented between 1950 and 1975 with ticks to use Lyme disease as a biological weapon, which the American public may have been exposed to, either by accident or experimental design.

"Why wouldn't we want to know?" Smith recently told Task & Purpose. "Let the IG [Inspector General's Office] decide that — and put this to bed forever — if indeed it's a fable, if it's untrue."

Smith has also introduced an amendment (116-19) to the Fiscal 2020 National Defense Authorization Act. The amendment, passed by the US House of Representatives on July 11, states that the Inspector General of the Department of Defense “shall conduct a review of whether the Department of Defense experimented with ticks and other insects regarding [their] use as a biological weapon between the years 1950 and 1975.”

Biological warfare, also known as germ warfare, involves the use of biological toxins or agents such as bacteria, viruses or fungi to kill humans, animals or plants in war or conflict.

If it is found that the Department of Defense did indeed experiment with ticks and other insects as biological weapons, the Inspector General must submit a report to the House and Senate Committees on Armed Services describing “the scope of such experiment” and “whether ticks or insects used in such experiment were released outside of any laboratory by accident or experiment design,” the amendment continues.

Lyme disease, a tick-borne illness caused by the bacterium Borrelia burgdorferi, first mysteriously broke out in the US in 1950. According to the US Centers for Disease Control and Prevention, the disease, which causes symptoms such as fever, chills, headache, fatigue, muscle and joint aches, and swollen lymph nodes, affects as many 300,000 Americans every year.

Smith began considering a possible link between Lyme disease and US biological weapons programs after reading a book by Kris Newby titled “Bitten: The Secret History of Lyme Disease and Biological Weapons.”

The book, published in May, tells the story of William Burgdorfer, the American scientist who discovered the bacterial pathogen that causes Lyme disease. According to Newby, Burgdorfer hinted before his death in 2014 that the appearance of Lyme disease in the US may have been the result of a bioweapons experiment gone wrong.

"There's just too much evidence for a reasonable man or woman to just turn the page and say: 'Put on your tinfoil fat. This is just a conspiracy theory,'" Smith is quoted as saying by Task & Purpose. "And yet, people with credentials will say that, which begs the question: Why would they even say that?"

However, despite Newby’s hypothesis that Lyme disease is the result of a biological experiment gone awry, she says she cannot conclusively prove the disease is linked to US military bioweapons research

"I can't connect all those dots right now," Newby is quoted as saying by Task & Purpose. "My theory is that it was a genetically engineered Rickettsia [bacteria] but, as a journalist, I can't prove that."

However, many experts are skeptical that Lyme disease outbreaks are the result of a US military bioweapon.

"Ticks and Lyme disease would be a very strange choice as a deliberate bioweapon because ticks are difficult to work with, don't have wings, and Lyme would hardly be a force reducer," Robert Peterson, an entomology professor at Montana State University, recently told Task & Purpose.

Jeffrey Lockwood, a professor of natural sciences and humanities at the University of Wyoming and author of "Six-Legged Soldiers: Using Insects as Weapons of War" - which explores how the US Army researched whether ticks could be used to spread diseases such as tularemia, relapsing fever and Colorado fever during the Cold War - is also skeptical that Lyme disease was engineered by the US military.

Modern Warfare: ‘It's Something Britain’s Army Has Been Needing for a While’ – Academic