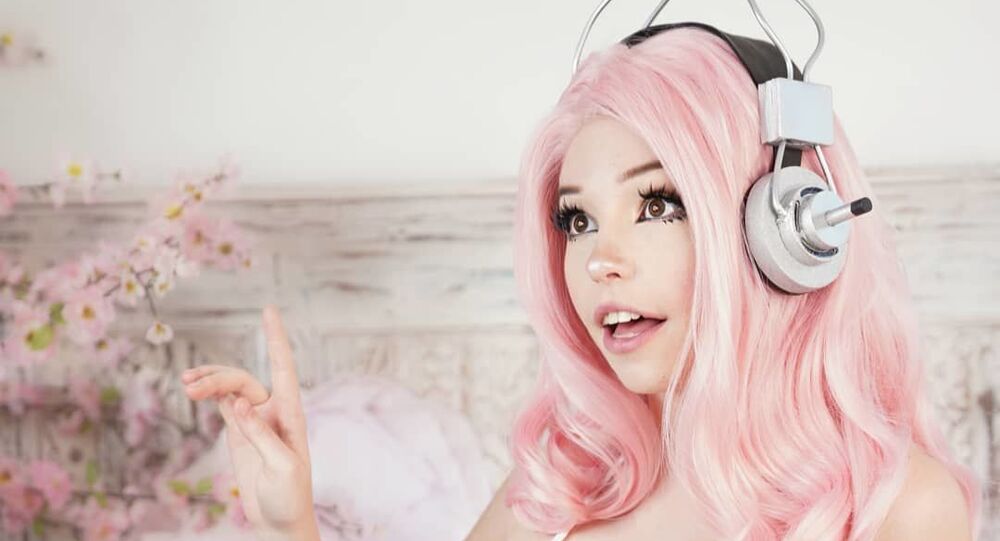 The teen cosplayer and gamer girl, who stunned Internet audiences by offering her bathwater to drink or otherwise use for money, found her Instagram page with a whopping 4.5 million subscribers blocked in early August. Speculation ran high at the time that her content is dangerously close to pornography.

Belle Delphine has referred to a “technical issue” as the reason behind her absence from Instagram after the 19-year-old’s account was taken down by the social network’s moderators in wake of complaints over “nudity and pornography” featuring in the social media star’s content.

She claimed in response to speculation over her arguably NSFW photographic posts that Instagram is currently restoring her account, whose takedown, as she reported on Patreon on 1 August, occurred while she was away on holiday.

“As soon as I planned to go away my Instagram was removed, I am in contact with Instagram at the moment and it appears to be a technical issue which they are working on!” Belle told her fans, later ascertaining that they would not miss her a moment since while Instagram is working to reinstate her old account, she would be setting up a new one for the time being.

Whatever the promises, she doesn’t seem to be hurrying to do so, as in the meantime she’s been fully absorbed with promoting her “naughtiest”, as she dubbed it, social media – Snapchat, by posting respective links on Twitter.

The social media star, who rose to fame overnight due to her raunchy, verging-upon-pornography account, appears to have put emphasis on her cosplay images, sharing pictures of herself dressed as cartoon and video game characters like Link from The Legend of Zelda, Final Fantasy’s Cindy Aurum, Vocaloid Luo Tianyi, or Bowsette, a fan-made version of the Mario franchise character Bowser.

Yet the pleasure of seeing her in a variety of roleplays isn’t for free - fans must pay $50 or more a month, with Belle promising that “this tier gives access to her personal Snapchat”. “This is my naughtiest social media”, she advertised it as, going on to enumerate the bonuses:

Earlier this summer, Belle went overwhelmingly viral when she flung herself into a controversial business venture by selling her bathtub water. Although it seemed absurd to many, she actually sold 500 jars at $30 (£24) each. Admitting it was initially conceived as a joke, she told Metro that she eventually found the idea funny, adding that she had to stop, as “she can’t actually take enough baths, and it [her bathwater] has sold out!”