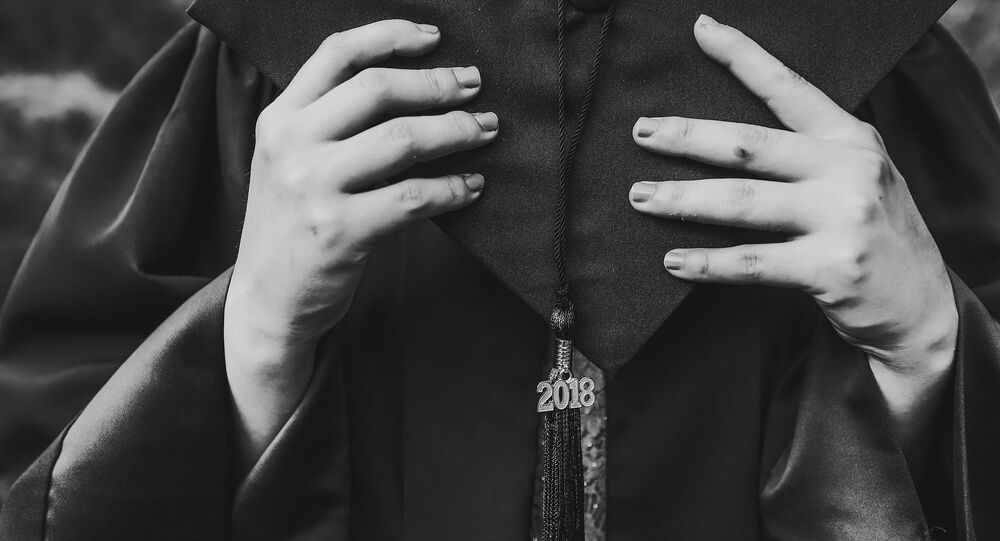 After the photo with the infamous, criminalised in quite a few countries “Heil Hitler” salute emerged, a South African school chief inferred it was no more than a “Roman salute”, but in the wake of a backlash, he opted to dot the “i”s arguing it was totally irresponsible and inadmissible, calling for greater tolerance and empathy in society.

A South African school principal has issued an “unreserved” apology for an image of three students caught doing the Nazi salute reportedly posted on the Somerset West Private School’s website as well as admitted that referring to the gesture as a “Roman salute” was “misjudged”, News24 reported.

"My students don't know what a nazi salute is because we don't teach them European history anymore" claims South African school teacher who's same students use the k-word even after being taught African history https://t.co/DMNniD6FjM

Man. No-one really cares about the kids' Nazi salute. Kids will do that .

On the heels of the incident, on Thursday, Principal Morne Coetzer met with Jewish bodies - the Directors of the Cape SA Jewish Board of Deputies (SAJBD) and the Cape Town Holocaust and Genocide Centre, noting that the school recognised that “just like other symbols of oppression, the Nazi salute has absolutely no place in society." He proceeded stressing the Holocaust was a “heinous crime against humanity and we should never ever forget the pain and suffering it caused to millions of people”.

The Roman salute looks similar, but what those kids did at that private school isn't it. It's a Nazi Salute.

The principal reasoned that there was no ill intent behind the posting, and it certainly did not mean to offend anyone, acknowledging though that this may be “little comfort to those that were offended and hurt by the image”.

Specifically bringing up the school’s zero tolerance for any action or practice that impairs someone else’s dignity and rights, he stressed their commitment to creating a respectful and tolerant school environment:

“As [an] immediate action, we undertake to educate the former learners depicted on the photograph, as well as our current learners and staff about the offensive nature and insensitivity to the use of Nazi imagery and symbolism”, said Coetzer, condemning any prejudice or marginalisation of any social group as something that runs counter to “the grain of our cherished Constitution.”

Coetzer rounded off his apology by noting that they were "committed to ensuring that all our learners leave with the knowledge, understanding and empathy to not only avoid a situation like this in the future but to be active participants in making South Africa a better and more tolerant country to live in".

Just before Thursday’s remarks, SAJBD Cape Board Executive Director Stuart Diamond underscored that although it was Jews who were the primary victims of Nazi tyranny, and are particularly sensitive to the aforementioned displays, the incident was ''something that concerned all South Africans'' in light of “the increasing racism and hatred being spread in South Africa”.

Referring to the students’ possible intention, SAJBD Cape chairperson Rael Kaimowitz said it was “clearly to emulate the infamous 'Heil Hitler' salute universally associated with the regime of Nazi Germany” stressing that there could be no excuse for this.

He opted to distance himself from the motives, asserting that this kind of gesture is “in practice publicly identifying with a hateful, ultra-racist ideology that resulted in the greatest genocide of modern times”.

News24 reported Wednesday that the photograph showing three members of the 2018 class holding their arms up similar to a Nazi salute drew the ire of an array of locals, prompting the photo to finally be replaced with one featuring more conventional poses.

At the time, Principal Morne Coetzer denied that it was a Nazi gesture referring to it as a “Roman salute” without explaining what was behind the pose.

When is the 'OK' Sign OK? Marine Le Pen in Hot Water Over ‘White Power’ Salute