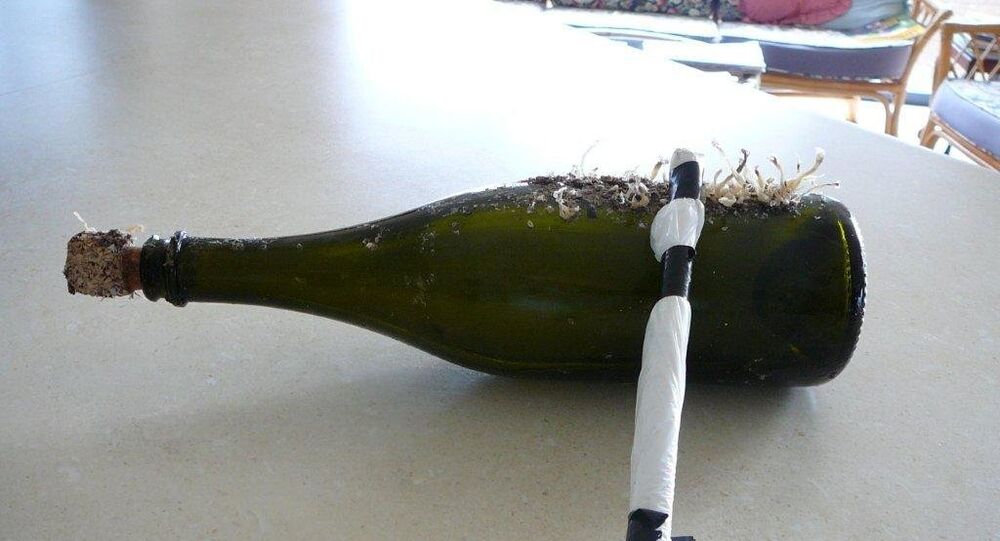 Bottle With Message From USSR Found in Alaska (Photo)

A resident of Alaska found a bottle containing a fifty-year-old message from Soviet Russia. A photo of the discovery was published on Facebook.

A time capsule with a note dated 20 June 1969 was discovered recently by the American Tyler Ivanoff. In his post on the social network, he asked for a translation from Russian.

The sender, according to the message, served in the fleet of the Far Eastern Shipping Company at the Sulak floating base. The author of the message sent a warm greetings to the future recipient and asked him to inform the crew of the ship about the discovery.

"We wish you good health, long life and happy sailing," the letter says at the end.

According to a representative of the International Federation of Transport Workers (ITF) in the Far East, Peter Osichansky, there is no reason to doubt the authenticity of the find.

The Sulak floating base was built in Yokohama, Japan in 1966, and in 1992 it was decommissioned.

The Far Eastern Shipping Company evolved after the break-up of the USSR into FESCO Transport Group, Russia's largest intermodal transport operator. FESCO now offers not only shipping but logistics and rail transit, as well as port services and facilities.