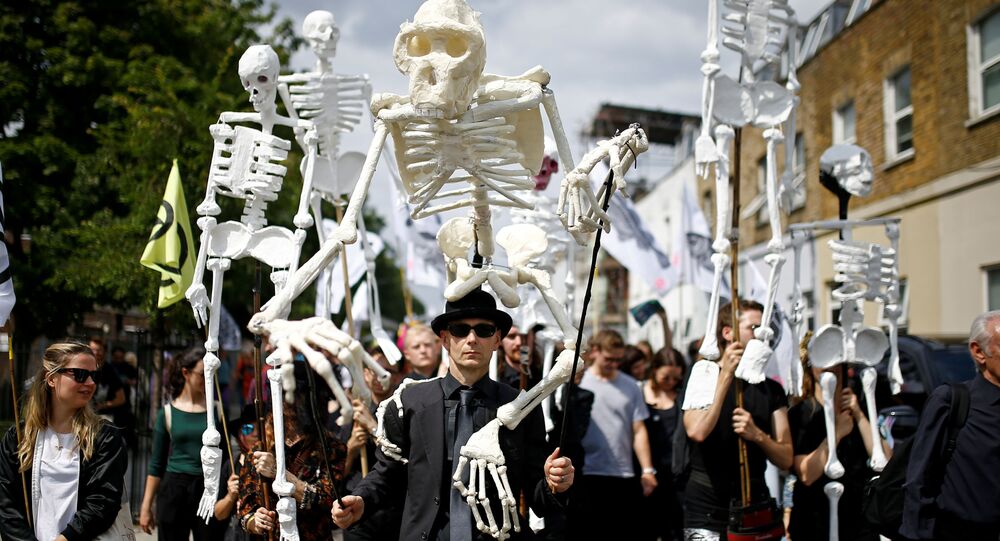 Extinction Rebellion is known for its awareness-raising protest events and for making demands aimed at mitigating the effects of climate change, although some fellow green organisations see their methodology as unrealistic.

An anonymous person has allegedly acquired Extinction Rebellion (XR) working files that, among other things, contain information on the organisation's donors, Wordpress blogger Paul Homewood reported. The person who uploaded these files claims that they were not obtained via hacking, but due to poor privacy settings set on shared documents.

According to the purported Extinction Rebellion files, one of the over $1 million donations to the group's cause was made by famous US immigrant and financier George Soros. The sum provided by Soros was concealed even within the alleged XR working documents.

The generosity of other donors was not concealed. Joe Corre, co-founder of the lingerie outlet Agent Provocateur, allegedly donated £50000, Greenpeace – £10000, and the European Climate Foundation – £20000. As of now, half of the money raised in 2019 remains unused, according to the documents.

Extinction Rebellion is a climate advocacy organisation seeking to achieve a drastic change of climate policies around the world. XR seeks to achieve net-zero greenhouse gas emissions by 2025, using methods of civil disobedience and nonviolent resistance. Their actions and threats have raised eyebrows, including a proposal to shut down flights from London's Heathrow Airport in the Summer of 2019 using drones, although that plan was eventually shelved.

Extinction Rebellion Scotland: The Revolt is Real but is it Respected?