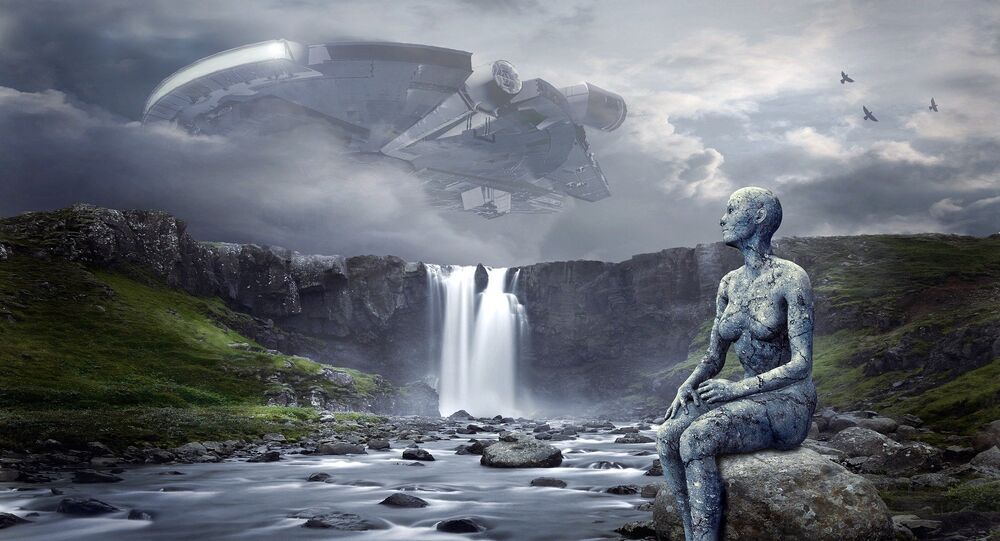 As follows from a picture shared by Scott Waring, the founder of a well-known UFO blog, the alleged alien spacecraft appeared to turn up in twos, following a strictly linear path away from the Sun.

A ufologist has claimed that NASA and the European Space Agency’s joint Solar and Heliospheric Observatory (SOHO) captured snapshots that featured a series of UFOs, some of which were flying in formation straight out of the Sun and away from it.

Scott Waring of the UFO-focused blog ET Data Base pointed out that one of the unidentified objects even whizzed past the SOHO satellite, part of the SOHO programme - which dates back to 1995 - to keep track of solar activity.

Waring noted the object in question appeared to exceed all the rest in size due to its greater proximity to the satellite, while dismissing as wrong the notion that the object was a solar flare in light of its geometric shape.

Waring’s recent discovery looks almost exactly the same as a UFO sighting spotted by a YouTuber called Streetcap1 around three years ago. The video shared by Streetcap1 showed images captured by NASA’s Stereo Ahead COR 2 satellite.

Both observations are largely in tune with widely spread conspiracy theories that there are certain beings that reside inside the Sun and occasionally leave the star through an opening gateway on its surface.

Sheriff on 'Storm Area 51' Alien-Hunters: 'Someone is Going to Get Hurt and People May Go to Jail'