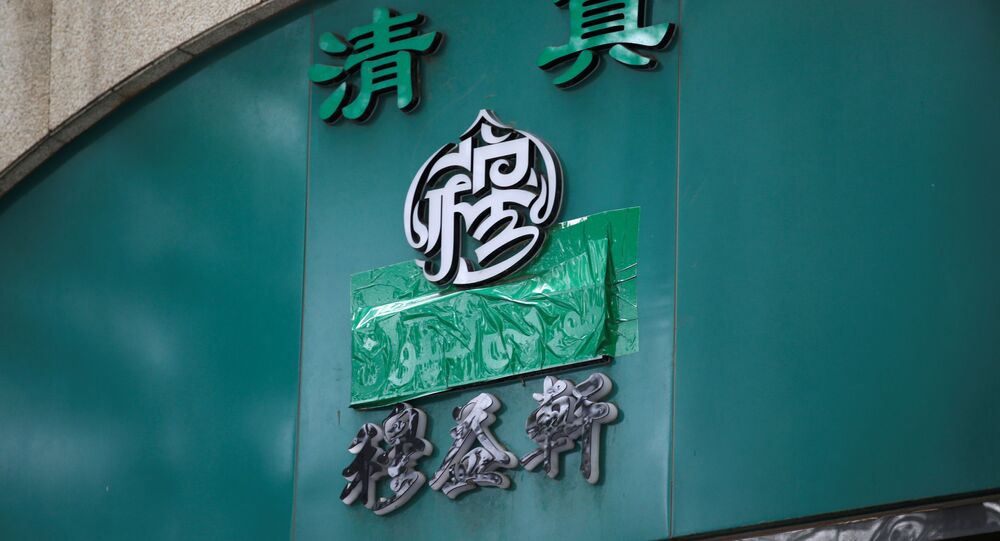 China Cracks Down on Arabic, Muslim Symbols on Beijing Businesses

Authorities in Beijing, China, have requested halal restaurants to remove any Arabic images or scripts associated with Islam from their signs.

At least 11 restaurants and shops in Beijing have had to remove images such as the crescent moon associated with Islam and the word “halal” in Arabic from their storefronts, according to Reuters. In one instance, a Beijing noodle shop owner was told to cover up the word “halal” on his storefront while Chinese government workers observed him do so.

The latest move by the Chinese government is not surprising, as the ruling Communist Party has made attempts to “sinicize” its roughly 20-million strong Muslim population since 2016, Reuters reported.

Government officials have already requested that several mosques in China remove their signature domes and replace them with pagodas or tiered towers commonly used in Hindu or Buddhist temple architecture. Chinese authorities have cracked down on Christian churches as well, although it is the Muslim population that has mostly been scrutinized following violence in 2009 between Muslim Uighur people and Han Chinese people in Xinjiang, an autonomous territory in northwest China.

According to Darren Byler, an anthropologist at the University of Washington, Arabic is viewed as a “foreign language” in China, and knowledge of it is “seen as something out of control of the [Chinese] state,” Reuters reported.

“It is also seen as connected to international forms of piety, or in the eyes of state authorities, religious extremism. They want Islam in China to operate primarily through Chinese language,” he said.