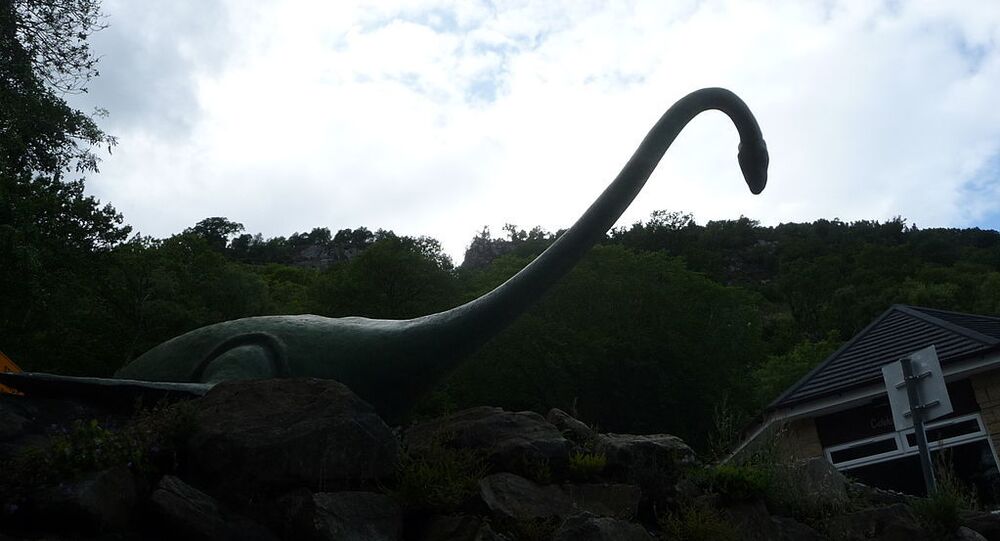 The man who reported the latest alleged encounter with the creature said that while he doesn’t really believe in the Loch Ness Monster being a dinosaur, he does thing that there’s something lurking below the loch’s surface.

While nearly two million people prepare to "storm Area 51" – an enigmatic US military installation in Nevada rumoured to house a bona fide UFO wreck – it appears that another mystery is rearing its head (perhaps literally) in a different corner of the word, with the Daily Mail reporting that the legendary Loch Ness Monster, or Nessie, has been spotted for the 12th time this year.

According to the newspaper, the latest alleged sighting of the creature occurred on 25 July when a "monster-sceptic" man named Richard Cobb witnessed "something" breaking the surface of the loch.

"I've been coming to Loch Ness since 1992 and I know what a boat wake looks like. But there were no boats around when this thing surfaced", Cobb said. "I never believed in Nessie - but now I'm not so sure. What I saw was just weird. It was a dead calm, warm night and this thing broke the surface a few hundred yards away. I couldn't make out a head or anything - but there was something in the middle that was different to the rest of it."

He also added that while he doesn’t believe that Nessie is a dinosaur, "there is something in there for sure".

Twelve days prior to that occurrence, a tourist from Belfast named Tracy Power also allegedly saw some strange "object" in the loch’s waters.

"I'm a geomorphologist by training so not a believer in the existence of Nessie. However, now I'm really curious as to what I photographed. Maybe Nessie is there after all!" she said as quoted by the newspaper.

This development comes as about 20,000 people sent their RSVPs to a satirical event called "Storm Loch Ness, Nessie can’t hide from us all," which was apparently inspired by the "Storm Area 51".