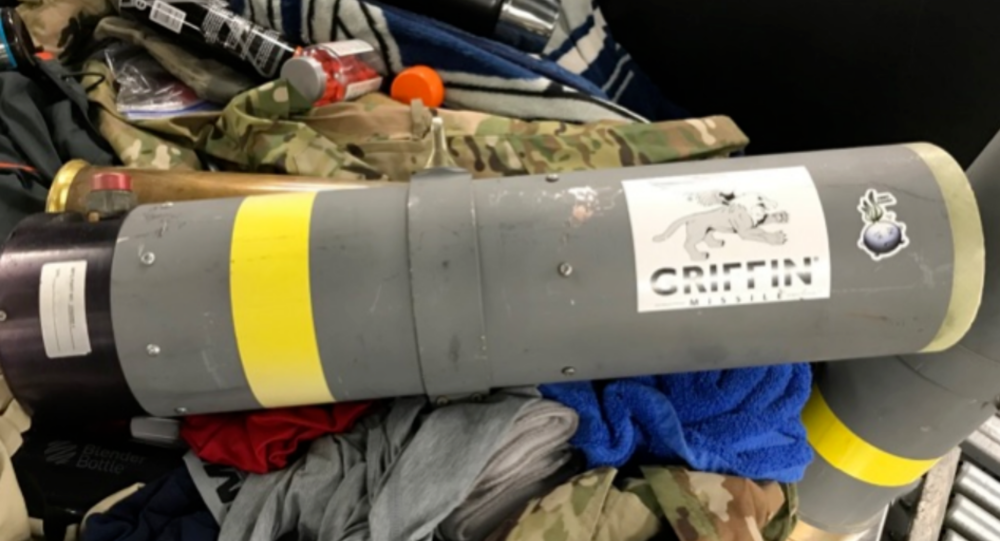 On Monday, a US Air Force member attempted to check in a missile launcher in his luggage at Baltimore-Washington International Thurgood Marshall Airport in Maryland.

The unidentified traveler, who was detained at the airport and questioned by police, is active service member who was traveling back home to Jacksonville, Texas, from Kuwait and wanted to keep the weapon as a souvenir. It is unclear how the launcher got from Kuwait to Baltimore.

The weapon was confiscated by Transportation Security Administration (TSA) officials and given to the state fire marshal for disposal. The launcher was spent, and therefore had no live ammunition, but military weapons are not allowed in checked or carry-on luggage.

“A missile launcher is not something you want to bring on a plane,” TSA spokesperson Lisa Farbstein told WTOP. “Our advice would be: Maybe a key chain next time?”

“If people do want to bring home souvenirs that are, say, inert grenades — we do see a lot of inert grenades people bring back from their service time overseas — the best thing to do is to ship it,” Farbstein added.

After the missile launcher was confiscated, the man was still allowed to catch his flight home.

However, the TSA has not yet decided whether it will file a civil citation against the traveler.

According to the TSA, civil penalties of up to $13,333 may be imposed on travelers who attempt to bring prohibited items on planes.