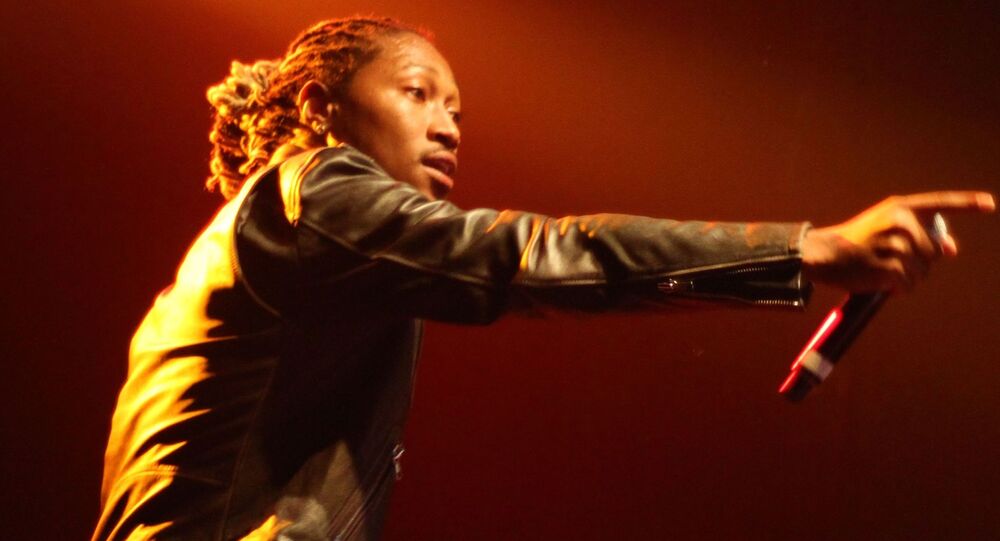 Footage has emerged of US rapper Future's bodyguard being knocked out by a young man at Ibiza airport after the star refused a selfie request. The rapper later commented on the issue, expressing his anger over the incident.

The video which was shot by somebody travelling with the attacker shows a man being kicked in the head from behind at Ibiza airport, Spain. While the man lies motionless on the ground, the man behind the camera can be heard saying: "Future's guy is out. Future's bodyguard...he's sleeping."

According to TMZ, the incident took place after the rapper was asked for a selfie by a group of tourists but refused because he was tired after a long flight. Angered by his response, the group started hurling racial slurs at Future, prompting his security to intervene.

After the video was posted online, the rapper told TMZ:

"I left the airport, they edit the video they filmed and sent it to blogs real real tough guys...What they did to security I didn't see period, I'm not a witness to anything...leave me out (of) anything have to with this incident."