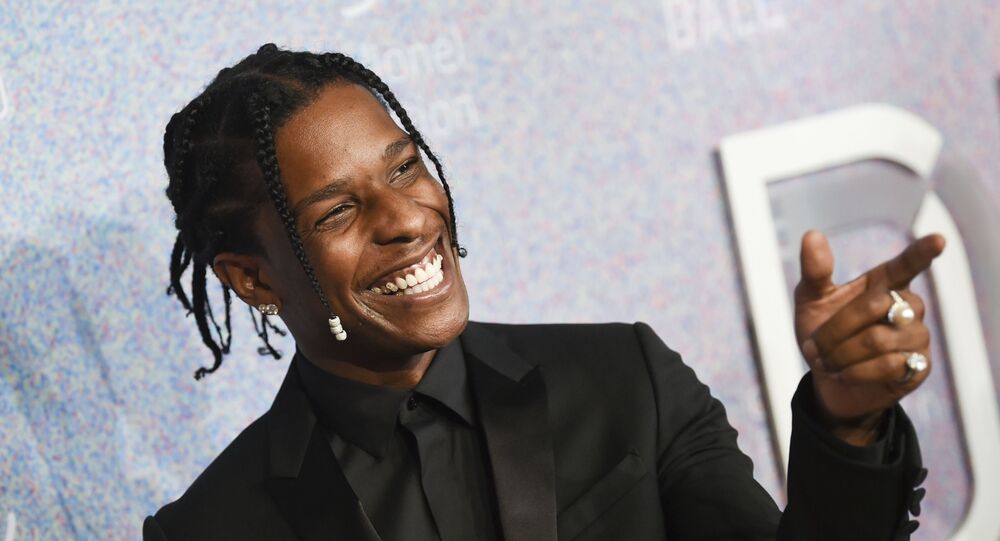 Award-winning rapper ASAP Rocky ended up in jail after being detained on suspicions that he partook in a street brawl that left one person severely cut with broken bottle glass. Ahead of his arrest, Rocky’s Instagram page was updated with videos of him sorting things out with two men in the street, who he said were following him and his companions.

The famed US rapper is facing another six days, until 25 July, in Swedish custody while a police investigation continues into a fight in downtown Stockholm that took place earlier this month, the prosecutor’s office said in a statement on Friday. Prosecutors need to determine whether the rapper should be charged with aggravated assault over a brawl that led to one man getting injured.

The announcement followed multiple calls from top A-listers like television star Kim Kardashian, her husband, rapper Kanye West, British singer Rod Stewart, and many other figures for Sweden to release the American rapper from jail, where he is being kept on “probable grounds for serious assault”.

“Many, many members of the African American community have called me, friends of mine, and said, ‘Can you help?’" Trump said in the Oval Office on Friday.

"So, I personally don’t know ASAP Rocky, but I can tell you that he has tremendous support from the African American community in this country and when I say African American I think I can really say from everybody in the country because we’re all one".

It appears that Rocky has secured not only the backing of African Americans, but also of First Lady Melania and Trump’s son-in-law Jared Kushner – even Secretary of State Mike Pompeo has become involved, as TMZ reported, directing some of his subordinates to get something done in the case.

The media outlet went on to say that the State Department is now actively working to get ASAP out of jail, courtesy of Kim Kardashian, who reportedly pulled strings in the government, where she had earlier volunteered for some time, first notifying Jared, who then presumably passed on the information to Donald Trump.

The president, meanwhile, ascertained that it was Melania who was “telling him about [Rocky]” and asked him to provide assistance.

"We’ll be working with the State Department and we hope to get him home soon”, Melania Trump added.

Earlier, in a tweet on Thursday, Kardashian West thanked President Donald Trump and senior members of his administration for trying to get Rocky released.

Two-time Grammy nominee ASAP Rocky was detained with three other people a day after giving a headline performance at the Smash x Stadion hip-hop festival in the Swedish capital. The musician and members of his team were alleged to have been embroiled in a street fight on 30 June, with authorities saying a person was beaten and cut with a broken bottle at the time. Rocky has denied all the allegations.

Before his arrest, videos were posted to the rapper’s Instagram account sporting him and his pals arguing with two men in the street and asking the men to stop following them.