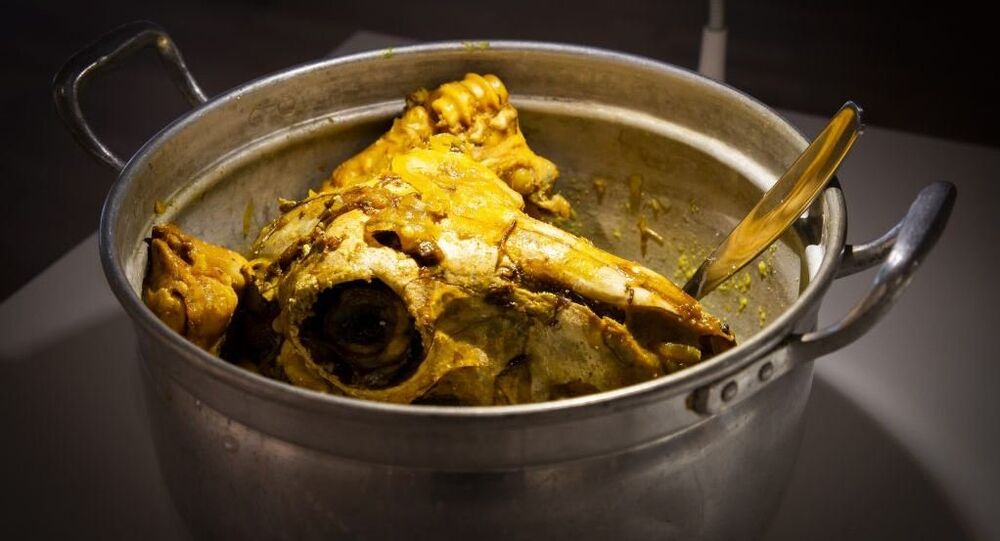 Tastes differ, but this Malmö-based museum offers the most adventurous of spirits a varied palette of 80 foods from across the globe that gained iconic status as the “most disgusting”. Having unorthodox preferences and a cast-iron stomach wouldn't hurt.

After attracting global attention last year, when it first appeared as a temporary exhibit, Sweden's Disgusting Food Museum has moved into a permanent home at the Caroli shopping centre in Malmö, the country's third largest city.

While the original exhibition closed in January, the great demand led to moving to new, larger premises with an expanded “sampling section”.

Inside, the most daring visitors can sample some of the 80 single most disgusting delicacies from around the world, including local Nordic specialities such as Swedish fermented herring (surströmming), well-aged shark meat from Iceland (hakarl), salty liquorice, and a Finnish Easter dessert (mämmi), as well Scottish haggis, roasted guinea pigs from Peru (cuy), maggot-infested Sardinian cheese (casu marzu), and crickets.

While the inclusion of some specialities, such as fermented horse milk (kumys), popular in vast areas in Central Asia, as well as parts of Russia, described by the museum as “yogurt mixed with beer”, is debatable, others are not for the faint-hearted. Nor is the ordeal for the squeamish, since some of the exhibits, such as the stinky Thai fruit durian, also emit a strong smell. For those who cannot stomach it, the museum is well-stocked with with sick bags.

“Sharing a meal is the best way to turn strangers into friends”, the museum promises on its website, which invites visitors to “challenge their notions of what is and what isn’t edible”. According to the staff, mankind needs to learn to question the notion of disgust if it were to broaden its diet with alternative sources of protein, such as insects.

Castoreum has been used for its medicinal properties for over 2500 years. The high demand from pharmacies led to extinction of the beaver in Sweden in the 1870s. Bäverhojt is the name of schnapps flavoured with castor sac scent glands from beavers. Castoreum extract is also sometimes used as a flavor additive in foods like ice cream because it enhances strawberry flavor 😋 yum! Soon to be seen in the #disgustingfoodmuseum