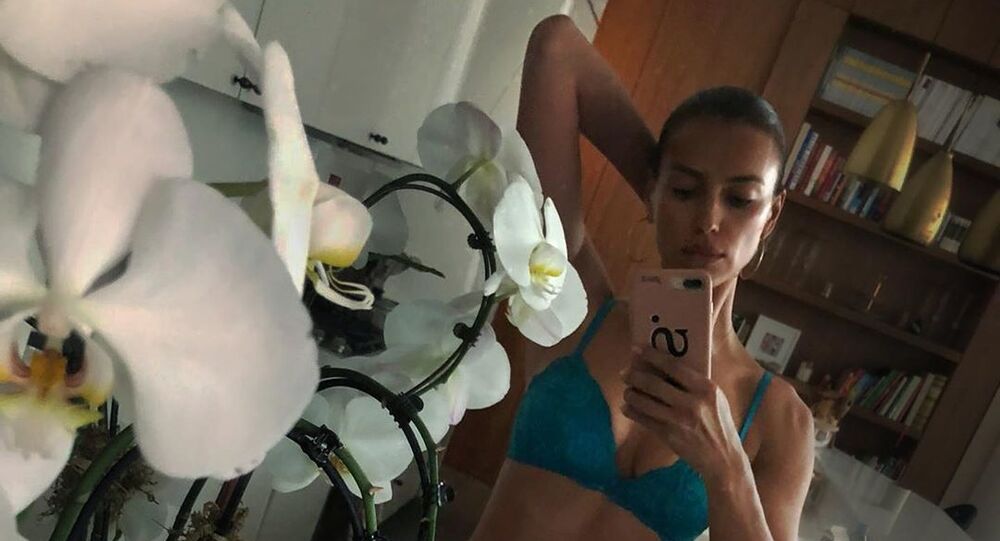 The paparazzi has got a sneak peek of how life is treating Russian socialite and model Irina Shayk after her break-up with Bradley Cooper - and it seems to be quite all right.

Russian supermodel Irina Shayk, whose split with Hollywood icon Bradley Cooper hit the international headlines late last month, has been caught enjoying a promenade in New York in the company of a new man – the creative director of the British edition of Vogue, Alec Maxwell.

The photos, secretly taken by paparazzi and released by Just Jared, show Irina dressed in a crop top and a pair of sport trousers, chatting and hugging Maxwell in a Big Apple park, with her and Cooper’s two-year-old daughter Lea also reportedly being with them during their walk.

The Cooper-Shayk couple broke-up in June, although amicably, it was claimed. Yet, Irina’s fans immediately put the blame on Lady Gaga, who co-stared with Cooper in “A Star is Born” earlier this year.

During the Oscars’ ceremony in February, the duo impressed their vast fan base with a steamy and suggestive, as was claimed, joint performance of the soundtrack hit “Shallow”, sending rumours galore about the alleged chemistry between them. However, at the time, both strongly denied the romantic overtones in their relationship, with Gaga arguing she is “an artist” that managed to “fool” her audience.

A month after the split-up, Gaga was reported to have moved in to live with Cooper, although the reports have not been confirmed.

Meanwhile, the details of the ex-couple's custody agreement with regard to their child have emerged. The celebs appear to have both agreed to live in the same city, New York, to equally, 50/50, co-parent Lea De Seine. The couple has not written down any formal agreement about their plans, but more likely have an agreement to do joint legal and physical custody between themselves, TMZ reports.