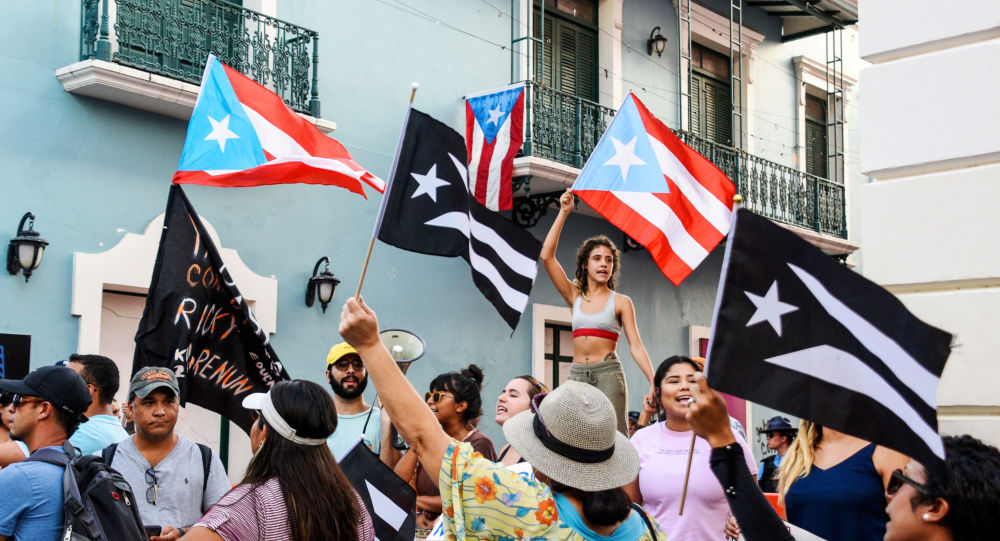 Puerto Ricans are turning out to protest on the island, demanding that Governor Ricardo Rosselló resign after nearly 900 pages of leaked chats between the official and his inner circle revealed alarming commentary.

Published by Puerto Rico’s Center for Investigative Journalism, the chats, conducted via the app Telegram, include controversial and vulgar insults, some of which were directed at musician Ricky Martin, former New York City Council Speaker Melissa Mark-Viverito and San Juan Mayor Carmen Yulín Cruz, who is running against Rosselló in the 2020 governor’s race.

Individuals present at the Puerto Rico-based demonstration will include Martin and reggaeton artists Bad Bunny and Residente in addition to several political officials. Protests have also broken out across the US mainland and have been scheduled in Florida, New York City, Los Angeles, Texas, Michigan, Massachusetts, Minnesota, Arizona, Ohio and Missouri, among other states. “Hamilton” star Lin-Manuel Miranda is expected to be at the Union Square event.

​​In one of the messages obtained by the center, Rosselló referred to Mark-Viverito as a “whore,” and in an exchange with Christian Sobrino Vega, who acted as the island’s chief fiscal officer and represented Rosselló on the federal board responsible for managing the US territory’s financial crisis at the time, the “Livin’ La Vida Loca” singer was brought up by Vega.

“Nothing says patriarchal oppression like Ricky Martin … Ricky Martin is such a male chauvinist that he f**ks men because women don’t measure up. Pure patriarchy.”

Responding to the commentary, Martin condemned the remarks, stating that Puerto Rico cannot be left in the hands of “such leaders” who demonstrate homophobic and intolerant characteristics.

​​In other conversations, Rosselló shared tweets with his inner circle in which netizens bashed Yulín Cruz. In those tweets, Twitter users remarked that Yulín Cruz was “off her meds” and that if that wasn’t the case, the mayor was just a “tremendous HP.” HP is an acronym that stands for “hijueputa.” It translates to “son of a b***h.”

The scandal, which has been dubbed “Chatgate” and “Rickyleaks,” has so far led to the resignation or dismissal of at least four people involved in the chats. As for Rosselló, he announced Tuesday that he has no intention to step down.

Thousands of protestors are calling for Puerto Rico’s governor to resign. We’re in San Juan for ⁦@NBCNightlyNews⁩ pic.twitter.com/p9tSxwTzU1

​Addressing the remarks made in the private chats, the governor attempted to justify his behavior, saying that he’d been working 18-hour days and that he’d been venting when he made his comments. “I’m the governor of Puerto Rico, but I’m a human being who has his faults,” he said.

As a result of violent demonstrations that broke earlier this week, law enforcement officials have been deployed in an effort to hold off protesters. The ongoing demonstrations have even led to a Royal Carribbean cruise ship skipping its stop in Puerto Rico.

In a letter to its 1,800 passengers, officials with the Empress of the Seas wrote: “You may have been looking out your window or surveying your surroundings on the pool deck and noticed we were almost in San Juan this afternoon and then turned around … There was a protest involving a large crowd that escalated and as you may have heard from our Captain, we decided to cancel our visit."

​According to NBC News, the vessel was ultimately rerouted to the British Virgin Islands, and passengers were given refunds for prepaid events they’d booked on the Island of Enchantment.