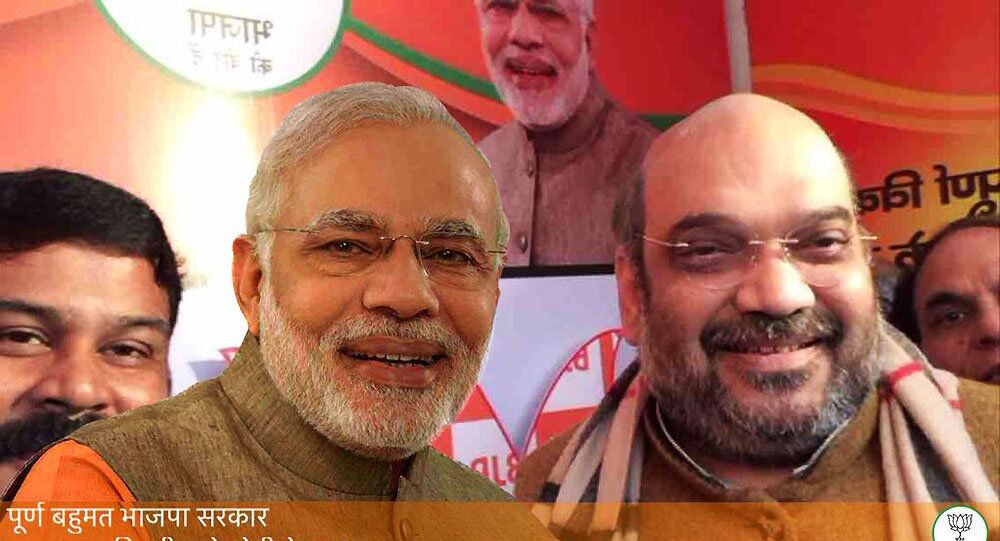 New Delhi (Sputnik): Sending out a stern message to illegal immigrants, the Indian Home Minister on Wednesday said the government is committed to showing the exit door to every single person who may be living in the country without official permission.

Union Home Minister Amit Shah, a well-known proponent of the National Register of Citizens (NRC), said on Wednesday the Narendra Modi government is committed to the poll promises it had made in the run up to the general elections to weed out infiltrators from every single inch of the country.

The NRC, currently being updated in the northeastern state of Assam, will feature the names, addresses, and photographs of all Indian citizens whose families have resided in the state before 1971.

"The NRC is part of the Assam Accord and was also in the (BJP’s) election manifesto based on which the government has come to power. The government will identify illegal immigrants living on every inch of the country’s soil and will deport them as per international law", Shah said in Parliament.

The minister added that steps such as erecting fencing on the international boundary, enhanced vigilance by Border Guards, use of technology for border guarding, smart fencing etc. are being used to curb the illegal entry of foreign nationals in the country.

During and after the 1971 India-Pakistan War which led to the creation of Bangladesh, several thousand Muslims, as well as Hindus from the area (former East Pakistan and present-day Bangladesh), crossed over to India to take permanent shelter in Assam and later on spread into other states like West Bengal, Jharkhand, Bihar, and even Delhi.

Meanwhile, the Indian government is also bringing in a special law that gives citizenship to Hindus, Buddhists, Jains, and Sikhs from Bangladesh, and Pakistan.

The government is already working on deporting an estimated 40,000 Rohingya Muslims living in the country who entered through the porous Bangladesh border from Myanmar. New Delhi considers them a security threat.