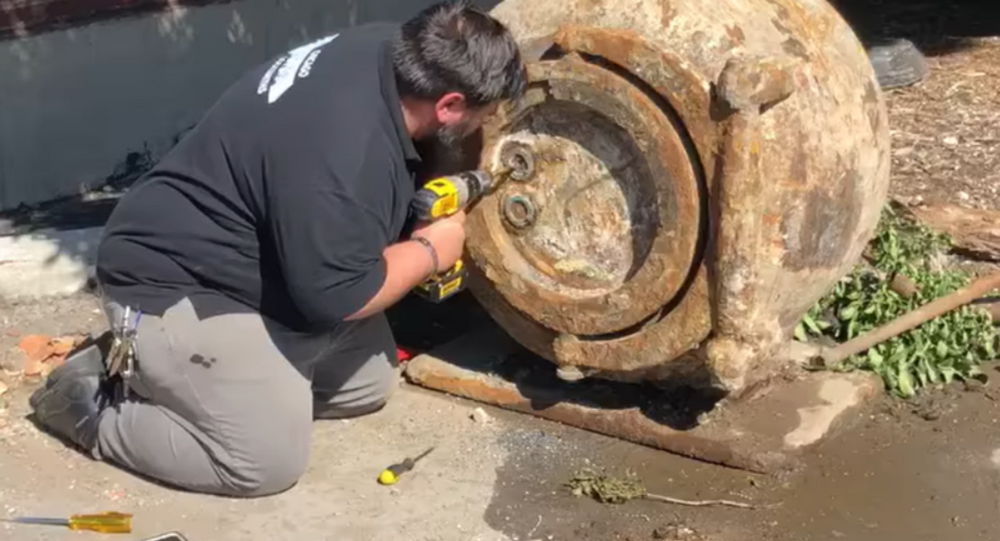 A 3,000-pound safe was found in June by plumbers digging in the parking lot of Anshe Emet Synagogue in the Lakeview neighborhood of Chicago, Illinois.

“A few of us were going to haul it off and not tell anybody, and split it up whatever we could find,” Jay Quinn, a construction site superintendent, told CBS Chicago. “We thought better of it.”

“I’ve been in the trade for 30 years, and this is my first safe,” construction worker Russ Moen also commented.

“Is there gold in there? Is there nothing in there?” Moen added. “You know, the old Al Capone theory, and talking about getting Geraldo [Rivera] out here.”

Video footage shared on the Anshe Emet Synagogue Facebook page on June 26 shows a locksmith trying to drill through the safe’s 18-inch-thick door. Several other locksmiths and so-called “safe-crackers” have spent several weeks attempting to open the rusty coffer, with no success.

“It’s a type of safe that was designed to make it even harder to break into,” said Rebecca Graff, an assistant professor of anthropology at Lake Forest College, the New York Post reported.

Experts believe that the safe was constructed some time around 1906 and could cost more than $10,000 to open using special equipment.

Twitter users weren’t shy about posting their predictions on what lies inside the box.

“Maybe it contains a curse that should never be released,” one user joked.

“Fantastic! It looks like a cannon ball safe,” another wrote, referring to a safe invested in the late 1800s made out of manganese steels or similar metals.

​“The Cannon Ball Safe gets its name from its round shape and heavy weight.  The rounded corners and 3,600-pound weight kept it from being taken during a robbery.  Cannonball safes were proudly displayed in banks for all the depositors to see. This was the method of the day to reassure the depositors that their money was ‘Safe’ within the latest technological device of the time,” Antiqueguns.biz writes on its website.