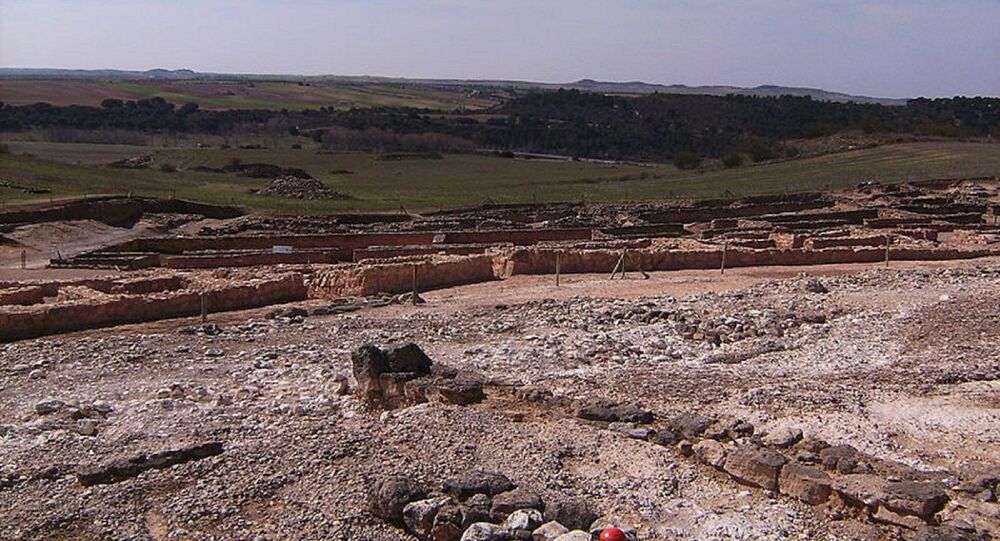 The construction of the Muslim site has been linked to the old Visigothic town of Reccopolis, which fell to Islamic invaders in 711, a little over 140 years after the town was built.

Reccopolis,  a rural area outside of Madrid, has witnessed an extraordinary archaeological effort, with researchers arriving at an important finding using a geomagnetic instrument that helped map walls and other structures still buried underground.

The ancient, 1,400-year-old city was found to have housed much more than the ruins currently visible at the site would imply: the yet unexplored plots of land include hidden parts of a city palace and what may be one of the oldest mosques in Europe.

"In every space that we were able to survey, we found buildings and streets and passages”, study co-author Michael McCormick, a medieval historian and archaeologist at Harvard University, told Live Science, following the study of the Visigothic location in Spain. The results have been published in the journal Antiquity.

Excavations at the site have already spanned a few decades but successfully uncovered a mere eight percent of the area encircled by the city walls.

Meanwhile, the cutting-edge non-invasive geomagnetic mapping technology has allowed researchers to see well beyond the undug structures and measure quite a few underground structures by spotting magnetic anomalies beneath the Earth's surface. Their results quickly showed that empty spaces inside the city walls of Reccopolis featured not only hidden lanes and buildings but even a suburb just a stone’s throw away from the fortress.

The Visigoths were Germanic people who set up a kingdom in southwestern Europe in Late Antiquity, just before the Middle Ages, having famously seized Rome in 410.

In the second half of the sixth century, the Iberian Peninsula became the centre of Visigothic power. King Leovigild turned Toledo (present-day Spain) into his royal capital, the town of Reccopolis was erected farther upstream in 578, in the middle of the turbulent sixth century that saw mass migrations, a grand empire fall as well as famine and the first outbreak of the bubonic plague.

The Visigothic era in the region came to an end in the wake of the Islamic conquest of 711, and the newly spotted geophysical evidence shows quite a few signs of Muslim occupation before the city was ultimately abandoned around 800.

One of them is definitely a large building, the floor plan of which resembles that of a Middle Eastern mosque. Only excavations can confirm if the structure is indeed a mosque, arguably the oldest remaining mosque in Europe to date, McCormick noted.