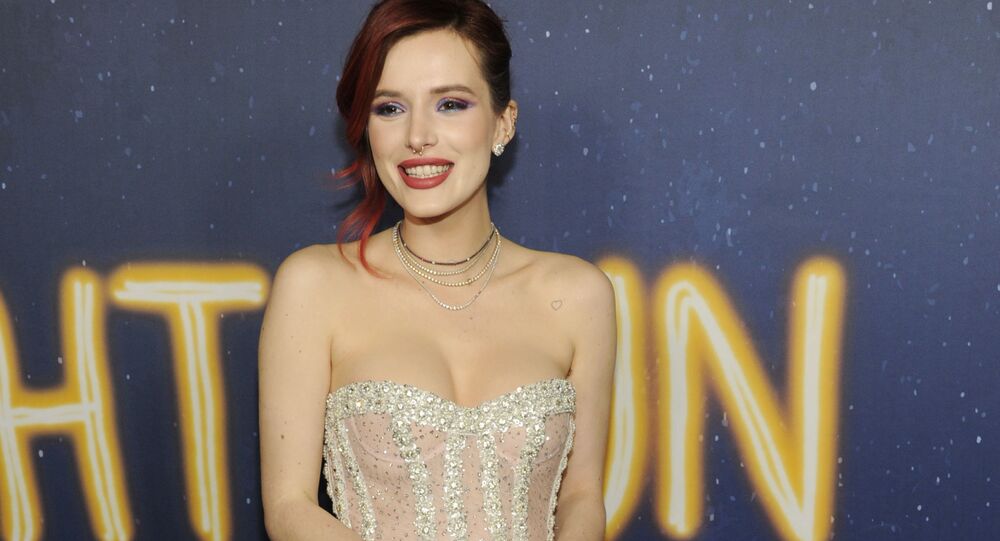 The showbiz diva earlier revealed she was dyslexic at the time she started first grade schooling, stressing it was thus harder for her to read and write the way her peers did.

While being interviewed on the podcast “Chicks in the Office” about her book “The Life of a Wannabe Mogul: Mental Disarray,” celebrity actress Bella Thorne has revealed she never learned how to read or count, but at some point had to teach herself the skills.

I’m OVER the whole @Bellathorne mess...She claims she was NOT taught how to read/count numbers...She taught herself...That’s TERRIFIC! 👏. And I know that in 2019, there are STILL adults who CANNOT read/count. HOWEVER, I NOW WONDER, if she MISINTERPRETED the #Whoopi, statement

Bella, who previously opened up about being dyslexic, continued to outline how she likewise struggled to learn how to dance and being tone deaf, managed to “sing acapella like a bitch-ass.”

“I had $200 to my name by 18 and bought a house by 19....I am writing a series and got an Oscar winner to play my mom. I’m out here doing sh*t that people say is impossible,” she detailed before generalising her accomplishments:

“Everybody told me you were not gonna be able to do that. Watch me,” the “Famous in Love” star rounded off.

The admission comes on the heels of a scandal, in which Thorne, who aside from her brand-new book has a whole of belles-lettres series under her belt, posted nude photos of herself after being reportedly threatened by a hacker, in a bid to regain control over the matter.

"For too long I let a man take advantage of me over and over and I'm f**king sick of it, I'm putting this out because it's MY DECISION NOW U DONT GET TO TAKE YET ANOTHER THING FROM ME."

The move hit a raw nerve with the public, with panellists on “The View,” where Thorne was due to appear, eagerly discussing the incident. Host Whoopi Golberg was one who openly lashed out at the star, arguing celebrities should never take nudes in the first place:

"Once you take that picture, it goes into the cloud and it’s available to any hacker who wants it. And if you don't know that in 2019 that this is an issue, I'm sorry. You don't get to do that," Goldberg asserted prompting the actress to reply in a rather emotional way.

She posted a video to her Instagram story denouncing the host in a clip with "shame on u" plastered across the screen. Netizens, meanwhile, en masse rallied in Thorne’s defence, condemning her “jealous” ill-wishers: