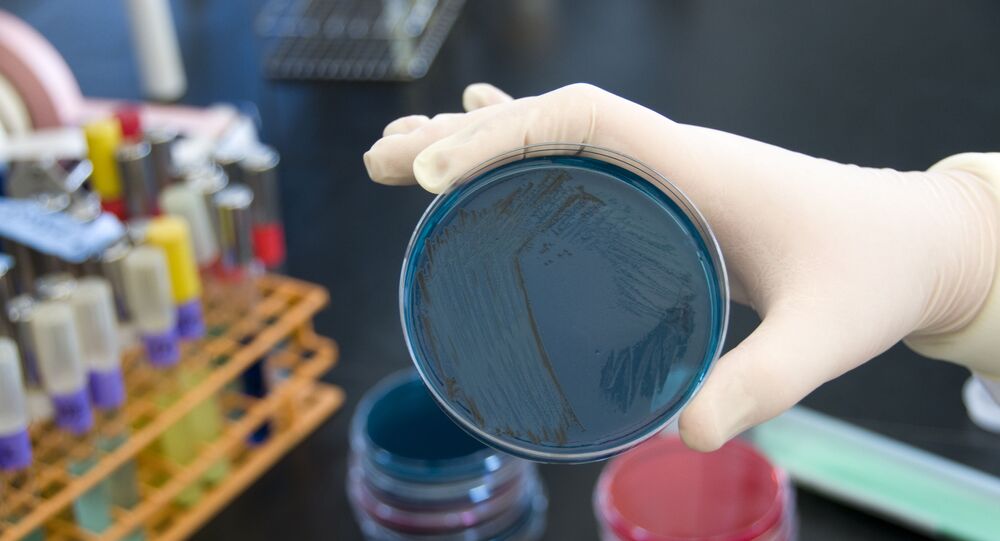 Salmonella Strain Resistant to ‘Last Resort’ Antibiotics Uncovered in US

Recent university research has confirmed a type of salmonella said to be resistant to antibiotics of last resort has officially made its way to the US from Asia. Scientists now say the positive sample hints the drug-resistant salmonella may have been spreading across the country for some five years.

Salmonella enterica is the most common serotype of the bacteria that results in human illness, however, the CDC reports more than 2,500 different kinds of the bacteria have been identified. Fewer than 100 of those total serotypes are commonly found in infected persons.

This is not the first case of the mcr-3.1 gene being found in a human, but it is the first instance of it being present in a US individual with a salmonella infection.

“Public health officials have known about this gene for some time,” Siddhartha Thakur, professor and director of global health at NC State and corresponding author of the research, is quoted as saying in a June 13 release from the university. “In 2015, they saw that mcr-3.1 had moved from a chromosome to a plasmid in China, which paves the way for the gene to be transmitted between organisms.”

Plasmids, which are double-stranded DNA molecules, can move between bacteria within the same family.

Thakur would go on to reveal that once the gene is present on a plasmid, related bacteria, such as salmonella and E. coli, can transfer the drug resistance to each other.

“Once mcr-3.1 jumped to the plasmid, it spread to 30 different countries, although not – as far as we knew – to the US,” the professor explained.

The department’s discovery of mcr-3.1 in the US came about when veterinary medicine student Valerie Nelson and doctoral student Daniel Monte performed genome sequencing on 100 human stool samples retrieved from subjects in the US Southeast region. The clinical samples were collected from 2014 to 2016.

During the sequencing trials, the stool of a man who suffered from salmonella following a trip to China two weeks prior tested positive for the mcr-3.1 gene.

“This project proved the importance of ongoing sequencing and surveillance,” said Nelson. “The original project did not involve this gene at all.”

Given that the stool in question was from 2014, Thakur added that this “definitely has implications for the spread of the colistin-resistant salmonella in the US.”

US Records Greatest Number of Measles Cases Since 1994 - CDC