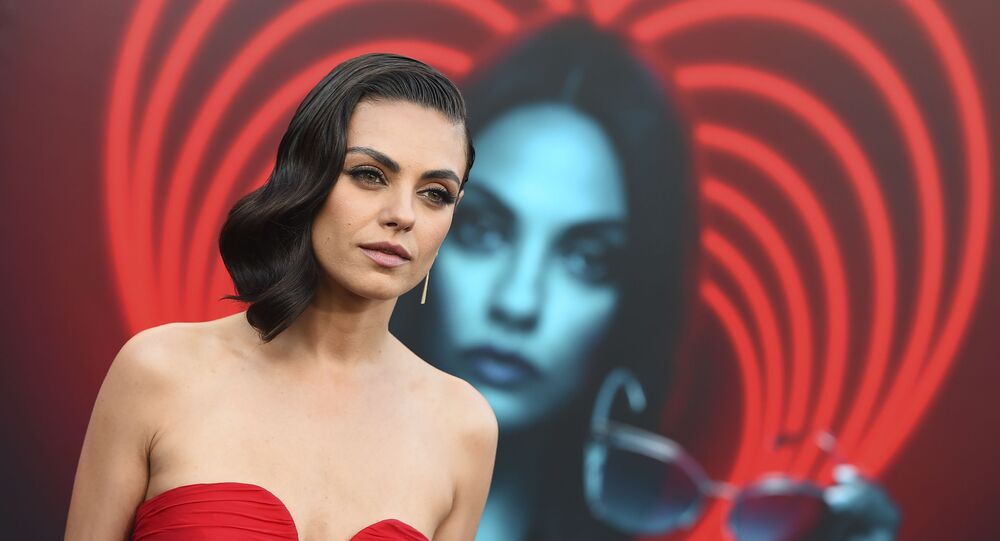 ​Milka Kunis has addressed how tabloid stories have hurt her and her family emotionally in the past, even when she decides to ignore them.

Former “That ‘70s Show” stars and teenage sweetheart couple Ashton Kutcher and Mila Kunis are the king and queen of trolling the press.

Kutcher posted a video on Instagram on Wednesday, in which the long-term couple set the record straight about an In Touch Weekly front-page story claiming that the pair had broken up and that Kunis “took the kids”.

Kutcher put a caption on the video, which received over 2 million views by Thursday morning.

The caption sarcastically read: “I guess it’s over @intouchweekly have fun selling magazines this week. Maybe next week my wife will be having twins. For the third time. But who’s counting,”

The short film saw a series of responses from other celebrities, including singer Demi Lovato and star Houston Texan footballer J.J Watt.

Dax Shepard wrote in the comment section: “DAMNIT!!! I was gonna take a run at MK!!! I want a refund!”

I guess it’s over @intouchweekly have fun selling magazines this week. Maybe next week my wife will be having twins. For the third time. But who’s counting.

Leave it to Mila Kunis and Ashton Kutcher to turn breakup rumors into a hilarious joke 😂https://t.co/ON6fhe8DHV pic.twitter.com/01vzvAB7f9

​Some users praised the duo as role models.

​Others participated in the laugh by referencing 'That 70s Show', where the couple first met.

Ashton Kutcher and Mila Kunis? I have no idea who they are....OH! Yeah, we just call them Jackie & Kelso. Sh**'s been running since the 70's. Even that creepy Scientologist kid couldn't keep them apart. You know the one... used to hang out with Wade Garrett at a Netflix Ranch. pic.twitter.com/4PycOMmjme

Kunis addressed the press directly saying she is fed up by divorce and pregnancy rumours. ​

Speaking to Cosmopolitan magazine, Kunis expressed how false stories have negatively affected her and the life of her family.

“I don’t read anything about myself...I genuinely don’t know what’s written about me...other than I know that I’m pregnant about once a year and my husband and I are getting a divorce once a year. I know this because I go down the grocery store aisle, and I see it on the cover of magazines and I’m like, Oh boy, OK," Kunis said.

"The only thing that’s upsetting is my parents and my grandparents sometimes get confused… At one point when I was pregnant, the news said that I had an emergency and was rushed to the hospital, and my face was on the cover. The amount of stress that caused my family, nobody will understand."