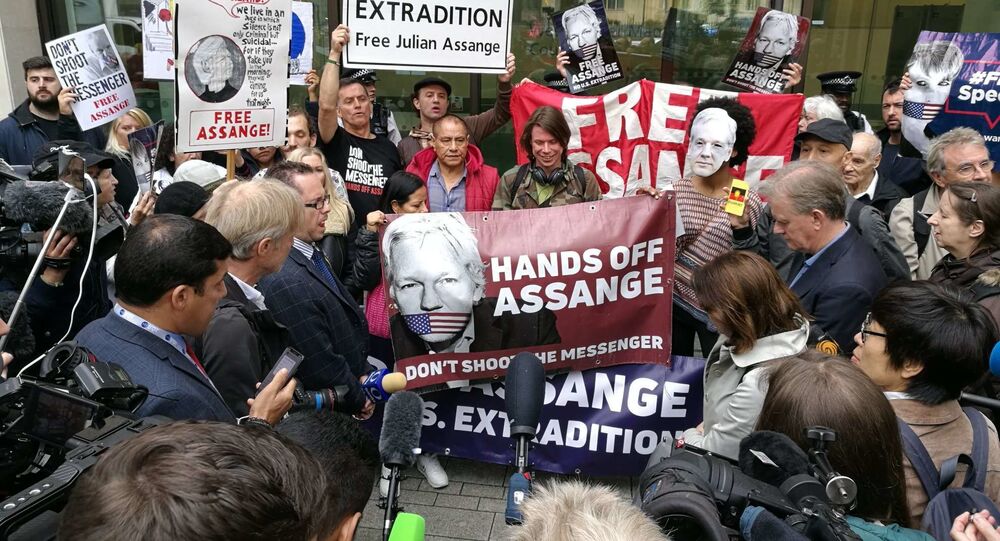 Questioning is reportedly scheduled for 27 June, as the US Justice Department declines to comment on the matter.

Ecuador will allow US investigators to question a Julian Assange-linked Swedish programmer, Ola Bini, who has been held in custody for over two months on hacking suspicions, AP reported, citing sources that spoke to the media outlet on the condition of anonymity.

The interview with Bini is set for 27 June, sources claimed, while spokespeople at the US Justice Department declined to comment on the reports.

The International Federation of Journalists (@IFJGlobal) has passed a motion calling on the UK and Australian governments "to resist the application to extradite Assange to the United States"https://t.co/e57gEFiZpL pic.twitter.com/IKHB6ja1oq

Bini was arrested on the same day that Ecuador evicted Assange from its London embassy, as the Swedish citizen prepared to board a flight to Japan. High-ranking Ecuadorian officials allege that he was involved in a plot initiated by two unidentified hackers living in Ecuador to release compromising files about Ecuadorian President Lenin Moreno.

Privacy groups have accused Ecuador of carrying out a witch hunt due to Bini’s alleged friendship with Assange and the latter's advocacy for digital freedom. Bini is believed to met with Assange at least 12 times while the latter was confined to the London embassy. Prosecutors have 90 days to compile evidence and file charges.

Wikileaks founder Julian Assange in 2012 claimed asylum at the Ecuadorian Embassy in London, citing fears he would face cruel and unusual treatment if extradited to the US. However, Assange was forcefully arrested from the Knightsbridge-based compound on 11 April after the current Ecuadorian authorities revoked his asylum, and is currently serving 50 weeks at London's Belmarsh Prison for skipping bail.

The activist and whistleblower was transferred to the prison’s hospital wing after losing weight, undercover footage from RUPTLY revealed. UK Home secretary Sajid Javid signed a formal request to extradite Assange to the US last week, prompting international outcry.

“When @WikiLeaks won Australia’s prestigious 2011 Walkley award for the ‘most outstanding contribution to journalism’ on November 27 2011, the Walkley Foundation said WikiLeaks had ‘shown a courageous and controversial commitment to the…” — @jaraparilla https://t.co/OmDr8de6wi

So a former UN expert says that, in agreeing to extradite Julian Assange to the US, the UK government is violating the UN Convention on Torture and proving itself a rogue state. Of course, most UK politicians don't care. But *none* of the corporate media 'watchdogs' care either https://t.co/88LtKh10D3