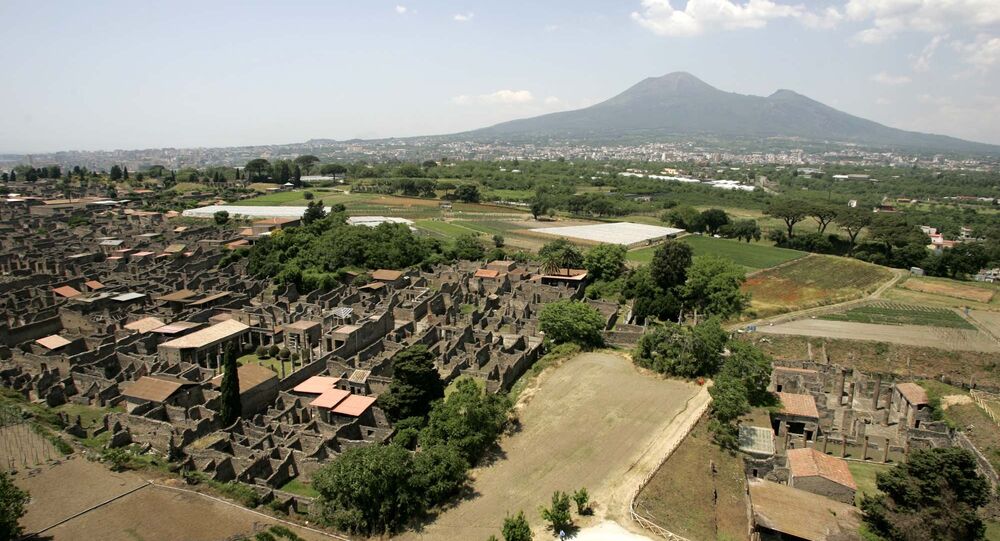 The documentary also points out that the volcano which wiped out Pompeii, along with several other Roman settlements, remains active to this day and requires constant surveillance due to the ever-present danger it poses.

“The Pompeii Prophecy: Countdown to Devastation”, a new documentary by the UK's Channel 5, has presented what its makers describe as a first-hand account of what the residents of the ancient Roman city of Pompeii saw on the fateful day of the eruption of the nearby volcano Vesuvius, which obliterated the settlement in 79 AD.

© CC BY-SA 3.0 / Mentnafunangann / Casa di Giove
Pompeii: Archeologists Uncover New Finds in Ancient Roman City
According to the Daily Express, the documentary details how archaeologist Kevin Dicus found what appears to be the description of that disaster in a letter penned by Roman author Pliny the Younger.

"[He writes] ’On August 24, early afternoon, my mother drew my uncle’s attention to a cloud of unusual size and appearance. Its general appearance can be best described as being like a pine tree’", Dicus, assistant professor at the University of Oregon, said. "We don’t think of a pine tree for being an analogy for a volcanic eruption. But if you come to Italy, if you see the type of pine tree that grows here, you realise that what Pliny was describing is a perfect analogy".

The city of Pompeii was ultimately buried underneath a thick layer of volcanic ash, along with the majority of its residents who failed to escape one of the most famous and deadly volcanic eruptions in European history.

The documentary also notes that Vesuvius remains active to this very day and is kept under 24-hour surveillance “due to the ever-present danger”.