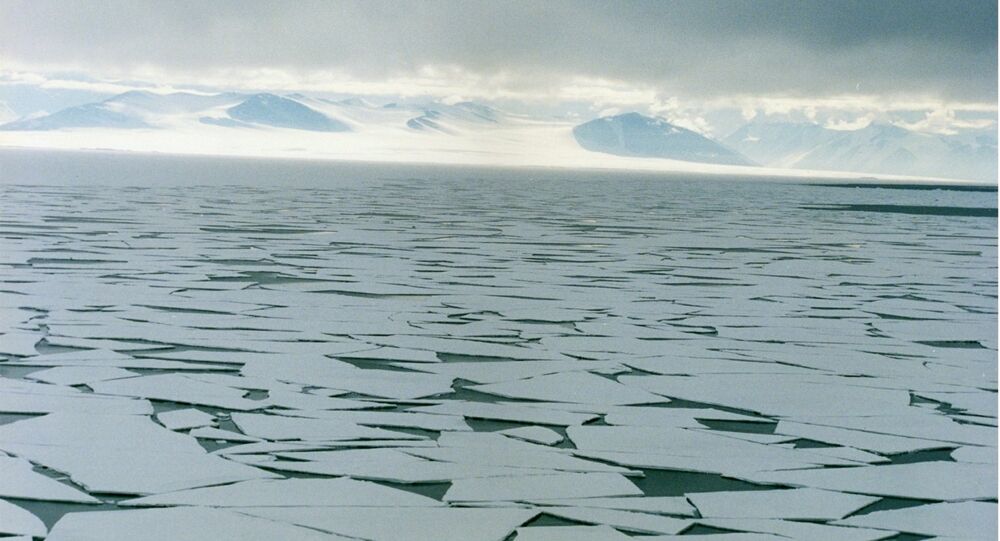 The newly found creature would’ve reportedly weighed some 15 tonnes if it were alive, and appears to be one of the most complete ancient reptile fossils ever discovered in the frozen wastes of Antarctica to date.

Having spent decades struggling with the elements on an island off the Antarctic Peninsula, scientists have finally managed to unearth the remains of a massive ancient creature known as elasmosaur, a massive aquatic reptile which dwelled in the seas of the Cretaceous period during the time of the dinosaurs, the National Geographic reports.

© CC0
Baby T-Rex Fossil Goes on eBay for $2.95M, Sparks Palaeontologists' Outrage
According to the magazine, the creature “would have weighed as much as 15 tons, and it is now one of the most complete ancient reptile fossils ever discovered in Antarctica”.

The researchers believe that their find belongs to the genus Aristonectes, found in the Southern Hemisphere and characterised by shorter necks and larger skulls as compared to fossilised specimens found in the US.

"For years it was a mystery… we didn’t know if they were elasmosaurs or not", says José O’Gorman, a paleontologist with the National Scientific and Technical Research Council of Argentina. “They were some kind of weird plesiosaurs that nobody knew".

While the Daily Star noted that while news of this discovery might encourage people who believe in the existence of the Loch Ness Monster – a creature believed by some to be a long-necked plesiosaur, like an elasmosaurus, which managed to survive its species’ extinction – scientists have already debunked these claims as “the loch is only about 10,000 years old, and plesiosaurs went extinct more than 65 million years ago”.