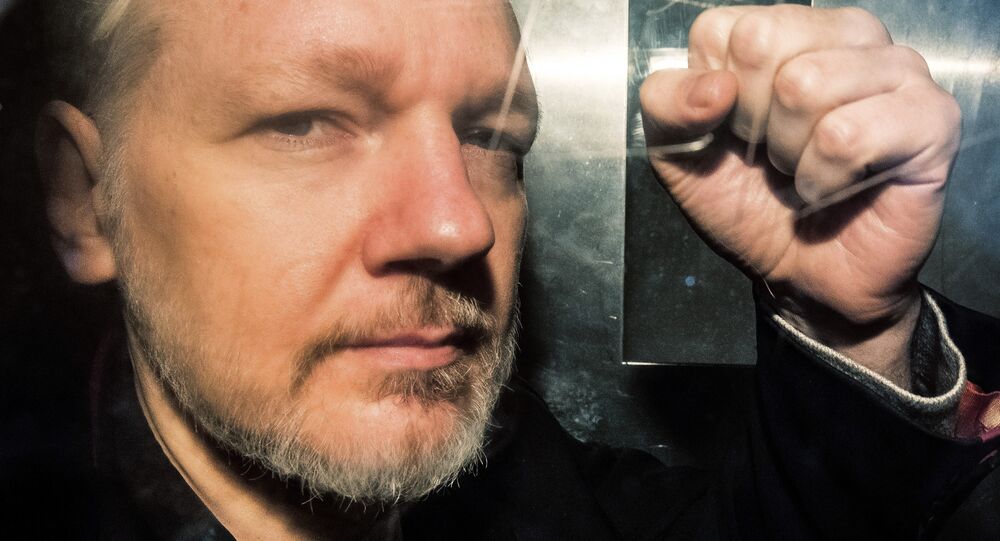 A video allegedly showing WikiLeaks founder Julian Assange communicating with inmates in Belmarsh has been obtained by the Ruptly video agency. Although the timestamp on the video says 2017, Ruptly believes that it was shot in April 2019 and that the inaccurate timestamp is due to a faulty setting in the recording device.

The video emerged shortly after an anonymous prison inmate shared photos of Assange, allegedly taken on a phone smuggled into the facility, with The Gateway Pundit. In an interview with the news outlet, the source said that the renowned whistle-blower was well received by other prisoners, who believe that Assange shouldn't be locked up over his shocking revelations.

The founder of the WikiLeaks whistleblowing website was arrested on 11 April 2019 inside the Ecuadorian Embassy in London, where he had been hiding from British authorities, who were seeking him for a breach of bail since 2012.

Assange was arrested in London in 2010 over rape accusations from two women in Sweden and was disputing an extradition order. The whistle-blower has denied the accusations and insisted that they were fabricated in order to have him extradited to the US. The latter wants to prosecute him for releasing classified documents about the wars in Afghanistan and Iraq, as well as State Department cables.