A Trump robot seated on a golden toilet has arrived in the UK, just in time for the start of US President Donald Trump’s first three-day official state visit to the UK.

American Don Lessem designed the 16-foot "Dumping Trump" robot, which can tweet and emit not only fart noises, but some of Trump's most frequent statements such as "no collusion," "a witch hunt," "you are fake news" and "I'm a very stable genius." According to Lessem, the $25,000 robot was inspired by the a blimp depicting Trump as a baby that debuted over London protests last year during Trump's non-official visit to the UK.

​The robot arrived at the port of Southampton, a port city on England's south coast, on Friday, after its long trek from China. Lessem, who helped design animatronic dinosaurs for the first "Jurassic Park" movie, opted to manufacture the robot in a Chinese factory in the Sichuan province.

"I realized they make anything, any kind of monstrosity," Lessem told the Washington Examiner. "So, I thought about what was the appropriate way to pay tribute to Trump and his majesty, and I figured it would be to put him on his throne… He is such an embarrassment. We just sit around and think we can wait it out. We need to express what an injustice this is, how much we are betraying democracy." 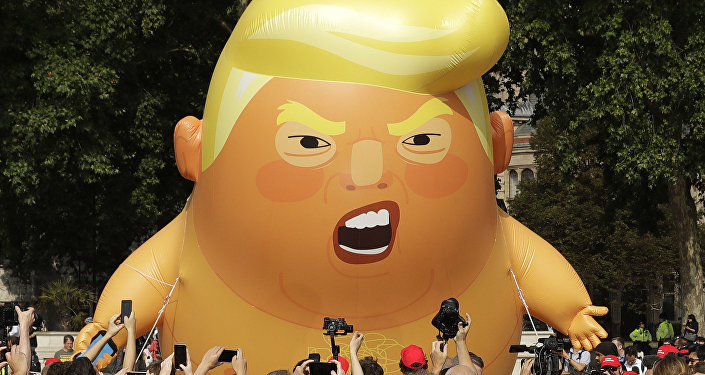 Trump arrived in the UK on Monday for his official state visit, during a tumultuous time in UK politics amid Theresa May's recent announcement that she is stepping down from her position as prime minister after the failure of her Brexit deal. Thousands of UK protesters are expected to show up in the next few days in London and other cities across the UK to protest Trump's visit.

"I am proud of the British that they go out in the streets to insult Trump. We [US citizens] don't seem to do it. So, I wanted to debut it there in London," Lessem continued.

Following its debut in London, the Trump robot, with his pants around his ankles and his signature red tie in the toilet bowl, is expected to head to a US Independence Day event in Washington, DC, on July 4. In a Twitter announcement back in February, the president promised "one of the biggest gatherings in the history of Washington, D.C." to take place at the Lincoln Memorial on July 4, 2019. 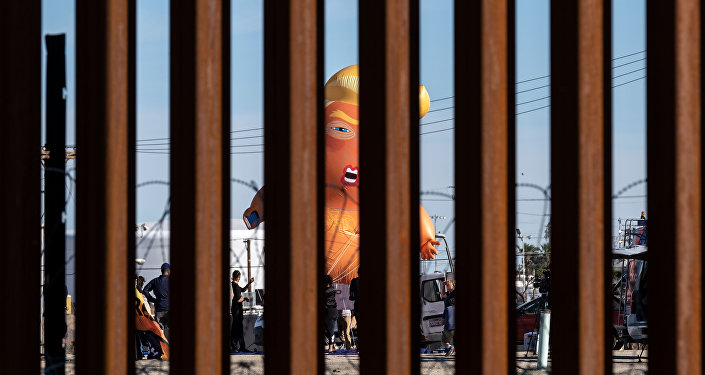 The Museum of London is also allegedly considering acquiring the famous blimp depicting Trump as a baby in a diaper. The balloon, which has circulated around the globe during the last year during protests against Trump, was created by a UK activist group that crowdfunded more than $44,000 to make it.

According to Museum of London Director Sharon Ament, she hopes that the 20-foot-blimp becomes a part of the museum's "protest collection," to be placed alongside a blimp of London Mayor Sadiq Khan, who recently gave the go-ahead to protesters to fly the inflatable baby during Trump's state visit, multiple reports state.