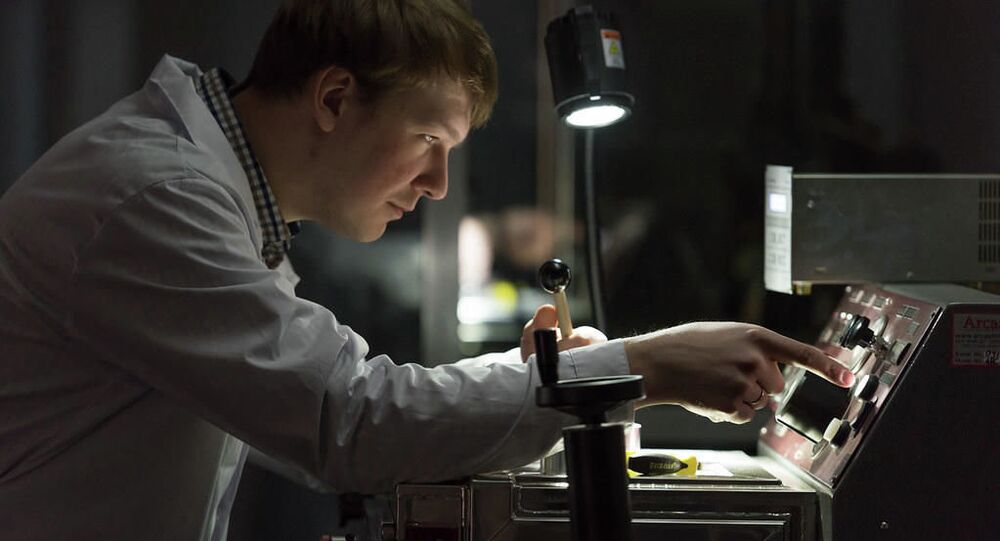 Scientists from the National University of Science and Technology (MISiS) and the Shchyolkovo Secondary Precious Metals Company have developed an innovative method to purify silver from the used batteries in submarines and military aircraft.

Reusing the purified precious metal from these batteries can save up to 500 million rubles to produce a new battery.

Massive rechargeable alkaline batteries are used in some modifications of submarines and destroyers as an electrochemical power source. Each of these batteries, weighing around 14 tonnes, can be a source of uninterrupted power supply for up to 12 years. One battery contains 7 tonnes of pure silver plates. Once the plates are exhausted, they are subjected to affinage (industrial multi-stage refining of precious metals) and prepared for re-use.

© Photo : Pixabay
Scientists Speculate Earthworms May Increase Soil’s Greenhouse Gas Emissions
Without exception, the processing of these strategic super-power batteries falls under state defence orders because refined silver is used for producing new rechargeable batteries that are used by the Russian Navy. The quality of metal used in battery production is strictly regulated by national standards. and the purity of the silver must be at least 99.99 per cent.

However, over the past decade, Russian producers of silver and zinc batteries have been adding 10 to 15 per cent lead to the silver as a cost-saving measure. While this does not affect the characteristics of the final product it does render recycling almost impossible.

Scientists from the Department of Nonferrous Metals and Gold at the National University of Science and Technology (MISiS) took on the task of filtering the lead from the silver. They developed an innovative method to process silver and zinc rechargeable batteries that contain lead.

"The technology involves a two-stage melting process for silver that separates slag from melt," said one of the project leaders, Associated Professor of the Department of Nonferrous Metals and Gold Sergei Rogov, PhD. "Then, through high-speed cooling we capture the oxygen that oxidizes lead in silver. During the second stage of the melting, oxidized lead separates itself under the flux layer and is then eliminated along with the slag."

This two-stage process removes lead and, as a result, the raw material containing the 85 per cent silver becomes the end product with 99.99 percent purity that complies with national standards and can therefore be used in battery production.

The technology has already been successfully introduced at a Russian refinery of the Shchyolkovo Secondary Precious Metal Company. Apart from the low-cost high-speed cooling system, the project did not require any additional equipment.

"The new technology allows us to make use of the byproducts from silver and zinc batteries that could not be processed before, thus increasing the company's production volume by 7.5 percent," commented Alexander Savisko, production director of the Shchyolkovo Secondary Precious Metal Company.

Scientists Are Puzzled by Unknown Substance Punching Holes in Our Galaxy