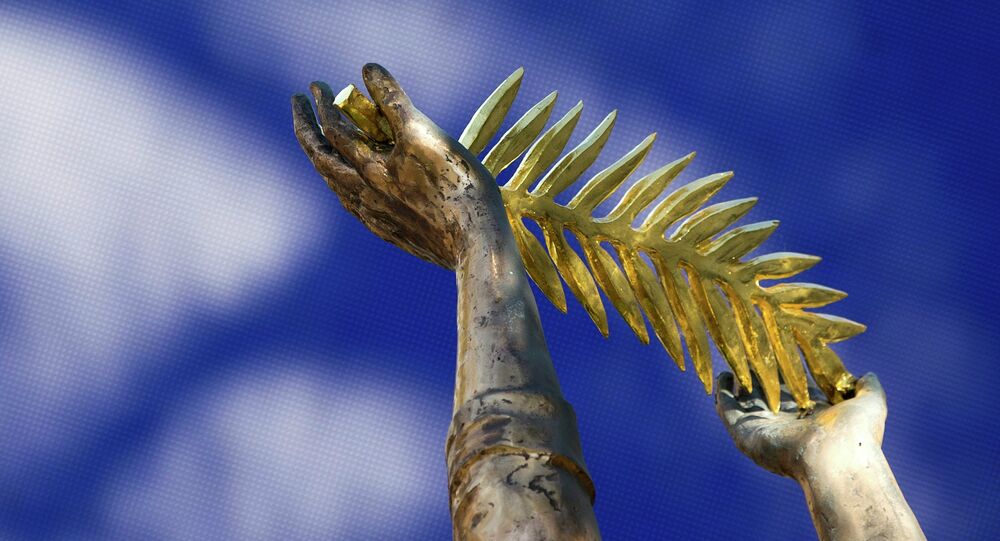 During the early days of this year's Cannes Film Festival, Bong Joon Ho’s 'Parasite' has occupied the number one position on Screen’s Cannes jury grid getting an average score of 3.4.

© Sputnik / Ekaterina Chesnokova
Dressed to the Nines: Celebrities Stun With Style During Cannes Film Festival
22
The runner-up prize was awarded to Franco-Senegalese filmmaker Mati Diop for her ghost story "Atlantics" based on her short documentary produced in 2009.

The jury also marked the talent of British actress Emily Beecham, the star of psychological chiller "Little Joe", by granting her the best actress award.

Meanwhile, Antonio Banderas has been awarded best actor for his role in the film "Pain and Glory", directed by Pedro Almodovar.

The 72nd Cannes Film Festival in France kicked off on 14 May and has united cinematography legends and young artists that are only making their breakthrough.

When Selfies Were Allowed: Best Glimpses of Cannes Festival Before Ban