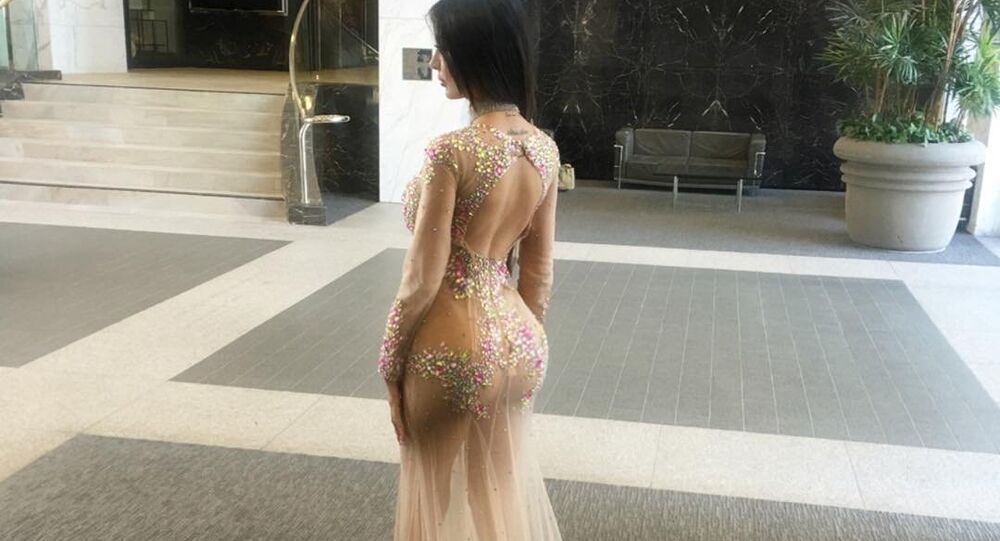 The model revealed that she never gets tired of people comparing her to Kim Kardashian because she “loves” her “as a woman”.

Jennifer Pamplona, a 26-year-old model from Brazil who already spent over $500,000 on numerous plastic surgeries, recently underwent a new cosmetic procedure in order to further her quest to look like reality TV star Kim Kardashian.

According to the Daily Star, the procedure, which is called a "spider web butt lift", was conducted by Dr. Bulent Cihantimur in Turkey and "involves threads being injected into each butt cheek to improve skin renewal".

"I feel great, happier and even more confident, I have to be careful as I have had a lot of surgeries to my butt, but I trust my doctor who did all the tests", Pamplona said as quoted by the newspaper. "It began after people started comparing me to Kim Kardashian, I wanted to make my butt bigger and better from there".

She also remarked that she never gets tired of being compared to Kim K because she "loves" her "as a woman", and that after deciding to change her body due to all the bullying she endured as a child, Kim’s image became an inspiration for her as she set on a quest to emulate the reality TV star’s appearance.

"People confuse me for a Kardashian all the time, they think I’m their long lost sister. The only difference is that I’m very honest about all of the surgeries and procedures I have had", the model remarked.

The newspaper also noted that Pamplona’s "body alterations turned to an obsession" after her late partner, who died of leukemia, wished on his deathbed that she "looked more like a Barbie Doll".