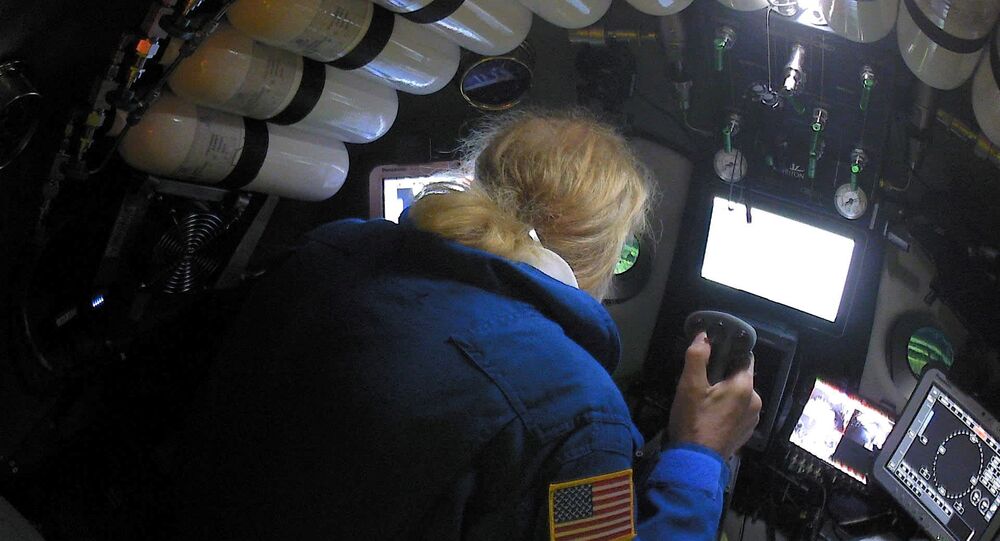 Last month, American undersea explorer Victor Vescovo set a new record for the deepest dive in history, descending around 35,853 feet at the southern end of the Pacific Ocean’s Mariana Trench. He returned to the surface with the somber news that at the sea’s deepest depths lies man-made plastic trash.

"It is almost indescribable how excited all of us are about achieving what we just did," Vescovo told the BBC. "This submarine and its mother ship, along with its extraordinarily talented expedition team, took marine technology to a ridiculously higher new level by diving — rapidly and repeatedly — into the deepest, harshest area of the ocean."

​The American explorer broke previous records in a small watercraft dubbed the DSV Limiting Factor and manufactured to counter extreme pressure. The previous record — 35,787 feet below the surface — was set by "Titanic" director James Cameron in 2012.

​Once Vescovo reached the bottom of the Challenger Deep, which is the deepest known point in Earth's seabed, he explored the seafloor for four hours, where he found presumably new species of crustaceans called amphipods, a spoon worm and a pink snailfish. However, Vescovo also made much less thrilling discoveries: plastic bags and candy wrappers.

"It was very disappointing to see obvious human contamination of the deepest point in the ocean," Vescovo recently told Reuters.

​"It's just an unfortunate consequence of multiple billions people on Earth and all we consume," he added.

According to Vescovo, scientists plan on evaluating some of the creatures discovered during the expedition to test whether they contain microplastics.

A new study published Tuesday in the journal Nature reveals that plastic contamination causes more than $13 billion in damage to marine ecosystems annually. In addition, chemicals leaching from plastic debris affect the growth, photosynthesis and oxygen production of Prochlorococcus, a marine bacteria that produces some of the oxygen we breathe.

"These tiny microorganisms are critical to the marine food web, contribute to carbon cycling and are thought to be responsible for up to 10% of the total global oxygen production," co-author Lisa Moore told Science Daily.