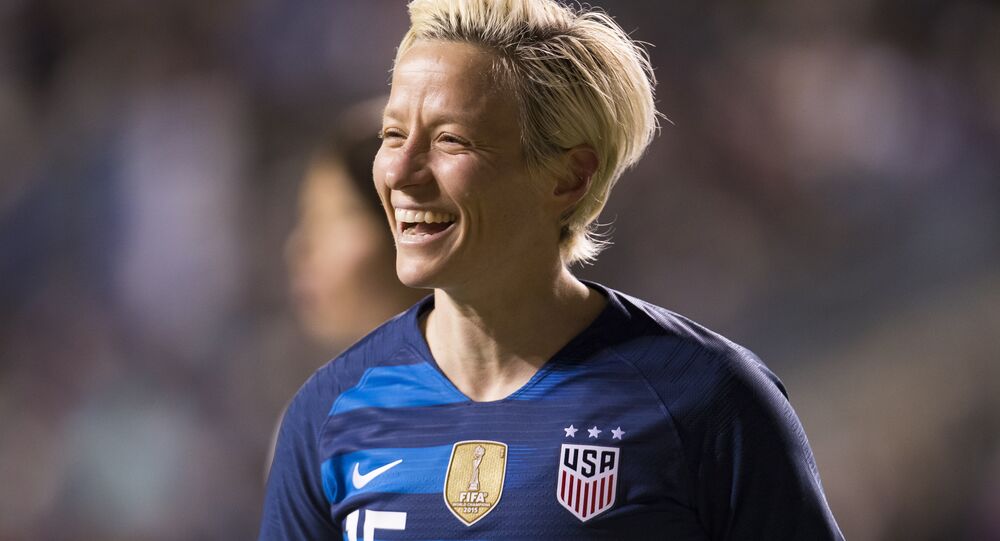 US soccer star Megan Rapinoe, who will represent the US in the 2019 FIFA Women’s World Cup, has vowed to continue to kneel during her country’s national anthem as a “good F you” to US President Donald Trump’s administration.

​"I feel like I'm a walking protest," she noted, adding that she plans to keep protesting when the World Cup tournament begins in France next month.

"So it's kind of a good ‘F you' to any sort of inequality or bad sentiments that the [Trump] administration might have towards people who don't look exactly like him. Which, God help us if we all looked like him. Scary. Really scary," she said.

Rapinoe, who helped the US women's national soccer team win the 2015 FIFA Women's World Cup, was the first white and female athlete to take a knee in protest during the national anthem. She did so in solidarity with Colin Kaepernick, who was a quarterback for the San Francisco 49ers when he became the first athlete and NFL player to take a knee during the national anthem before games in 2016 in protest against racial injustice and police brutality in the US.

"Colin Kaepernick very much inspired me, and inspired an entire nation, and still does, to actually think about these things," the 33-year-old midfielder told Yahoo, also adding that she had an "awakening" when "things got kind of nasty" around the 2016 presidential election.

Rapinoe first took the knee before a game against the Chicago Red Stars in 2016 while playing for Reign FC. At the time, she referred to her act of resistance as a "little nod" to Kaepernick and "everything he's standing for right now."

After Rapinoe took the knee in 2016, the US soccer federation released a statement saying that it expects its players and coaches to "stand and honor the flag while the national anthem is played."

Trump has criticized athletes who kneel during the national anthem, claiming that they are disrespecting the US.