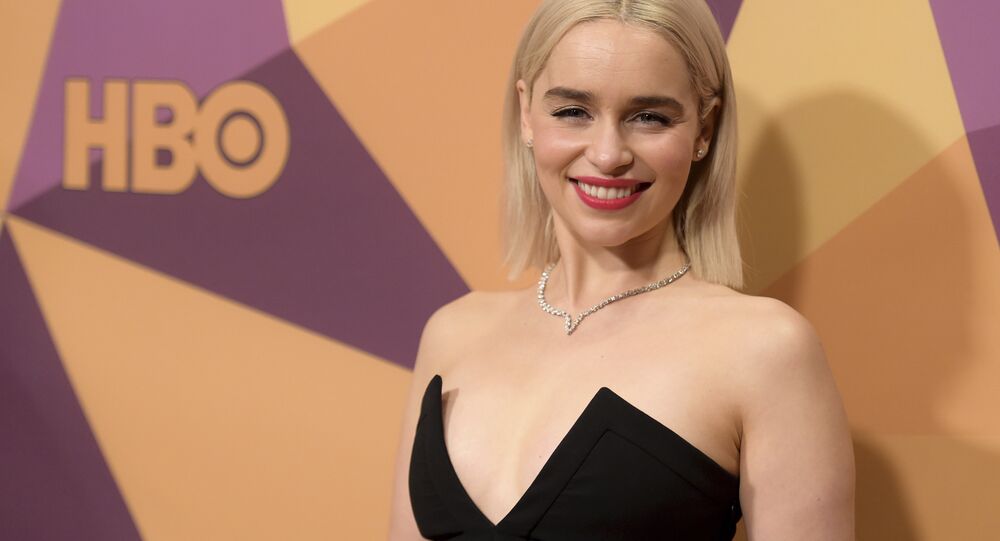 As Emilia Clarke herself explained, the scene in question was not sexy or gratuitous, but rather a display of strength which followed her character vanquishing enemies who underestimated her.

British actress Emilia Clarke, star of HBO hit series Game of Thrones, in which she plays Daenerys Targaryen, an exile seeking to reclaim her royal birthright, recently offered an insight into the making of a certain part of a show featuring a display of nudity.

© AP Photo / Keith Bernstein
SPOILER ALERT: Game of Thrones Fans Fear Daenerys Turning Into 'MAD QUEEN' Amid Episode 4 Drama
In an exclusive interview with the Daily Mirror, the actress recalled how she prepared for a scene featuring her wading naked through the flames, adding that she didn't feel embarrassed in the slightest while doing it.

"It’s not a sexy scene – she’s not naked for no reason, it’s not gratuitous. She’s naked because she has just destroyed her enemies in this almighty blaze after they underestimated her. She played her trump card – how could I say no?" she said as quoted by the Daily Mirror. "All I needed was vodka, some flattering lighting and I was ready!"

She also described that episode as “a wonderful, strong moment” she “wanted to own, a real empowering, girl-power wow scene”.

Some social media users, however, did not seem impressed by her story.

So she felt obligated, or forced, to allow herself to be filmed naked. If she needed to be drunk, could she actually consent?
The more I hear about this show, the less I want to see it.
Get your tits out, love; the story's a bit crap in this episode!