Maryland's Montgomery County Police Department (MCPD) has launched a review into newly surfaced cellphone footage showing an officer using a racial slur against a group of men being issued paperwork during a traffic stop.

Video of the footage shows a female MCPD officer, bright-eyed and smiling, calling apprehended individuals "n****s," as several other officers draw up what appear to be citations at a local area gas station.

Moco Police Been Racist!!! They just don't give a Fuck Now!!!

​The video begins as the men are in the middle of complaining about the number of officers that responded to the incident. The offending officer responded by saying, "Hey, you want to get out of here fast, right? So if we have more people, y'all n****s… want to get out fast?" 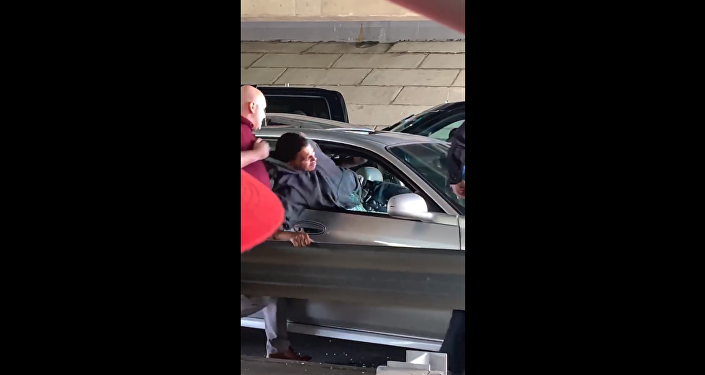 Shocked, one of the men off-camera can be heard calling the officer a "racist ass b***h."

"I bet if she didn't have that badge on, she wouldn't be calling us n****s," says another individual. The video cuts off at that point.

MCPD announced via its social media page on Thursday that it has been made aware of the recording "involving MCPD officers in the Silver Spring area."

​"We are currently in the process of reviewing all video footage. We have reached out to the persons involved in the incident," the statement adds, noting that additional information is "forthcoming."

It is presently unknown why or when the individuals were confronted by officers, and if the racial slur-flinging officer will be placed on suspension during the review.