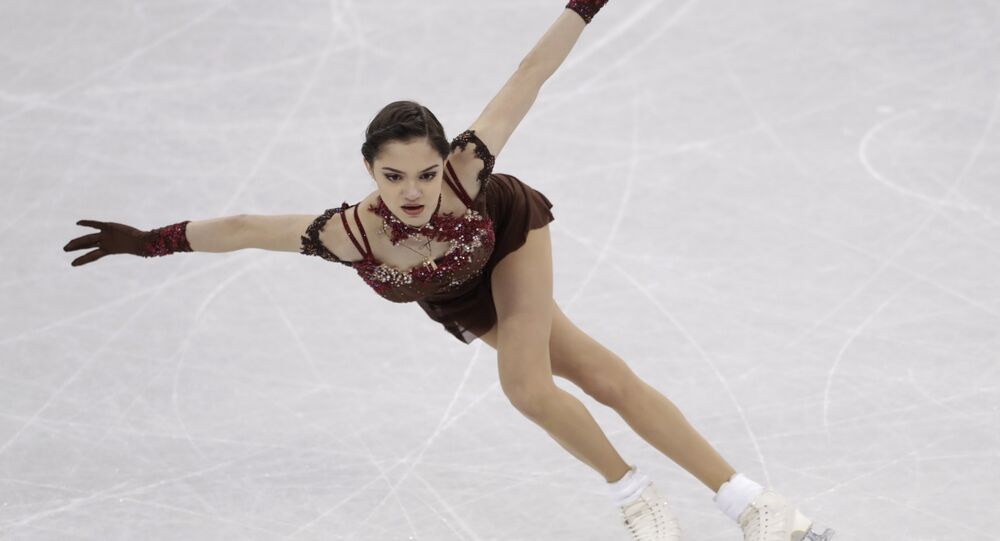 As Medvedeva explained, she has suffered from this peculiar phobia all her life and has no idea how she picked it up.

Evgenia Medvedeva, famous Russian figure skater and two-time world champion who managed to stun her audience on more than one occasion by donning revealing costumes during performances, has revealed that the thing she fears the most is actually butterflies, Winnipeg Free Press reports.

© Photo : YouTube/Icescape Rasu/screenshot
Russian Skater Medvedeva Flooded With Mean Comments Over 'Cheap' Latex Outfit
According to the newspaper, Medvedeva confessed that she has suffered from lepidopterophobia — the unrealistic fear of butterflies and moths – for as long as she can remember, and has no idea what triggered this phobia.

"Everyone else is afraid of spiders and I’m afraid of butterflies. (If a butterfly comes near) I will start laughing and crying, both at the same time", she said.

Medvedeva won a silver medal in women's single skating events at the 2018 Olympic Winter Games in Pyeongchang, South Korea. In 2017, she also won the European Championships in Ostrava, Czech Republic, setting world records in the short and free skate programmes, and breaking South Korea's Yuna Kim's world record total score from the 2010 Olympics with a total score of 229.71.