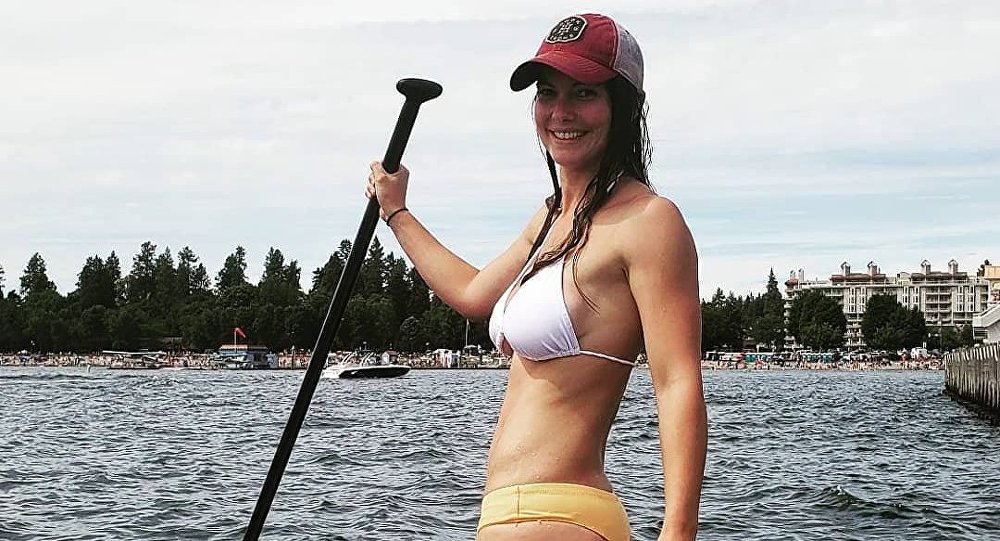 'World's Hottest Firefighter' Refuses to 'Stay in the Kitchen' (PHOTOS)

The female firefighter insisted that one should "put the work in, train hard, and never give up" instead of succumbing to negative remarks from the sidelines.

Bridget Danielle (Blackmore), a 25-year-old single mother from Canada who became the first female to be hired by Spokane Fire Department in nearly two decades, has earned the moniker “world’s hottest firefighter” from her sizeable social media following, the Daily Star reports.

According to the newspaper, Danielle had to stand up to numerous trolls who slammed her choice of profession and told her to "stay in the kitchen"; instead, the stalwart firefighter urged other women to follow her example and chase their dreams instead of listening to this kind of criticism.

"Don't let the naysayers get you down. I had a handful of people tell me I don't belong in the fire service, that women should be at home in the kitchen, that I should just give up", she said as quoted by the newspaper. "F*** those guys. If you have found something you're passionate about, something you eat, sleep and breathe, don't give up".

She also added that one should “put the work in, train hard, and never give up”.

"One day you'll find yourself exactly where you've envisioned being, and it's a wonderful feeling… No matter where you're at in life — do whatever it takes to find that passion, and chase it like wildfire. I promise, it's worth it", Bridget said.

Germany's 'Hottest Cop' Announces She Is Single, Hints at Break From 'Net'