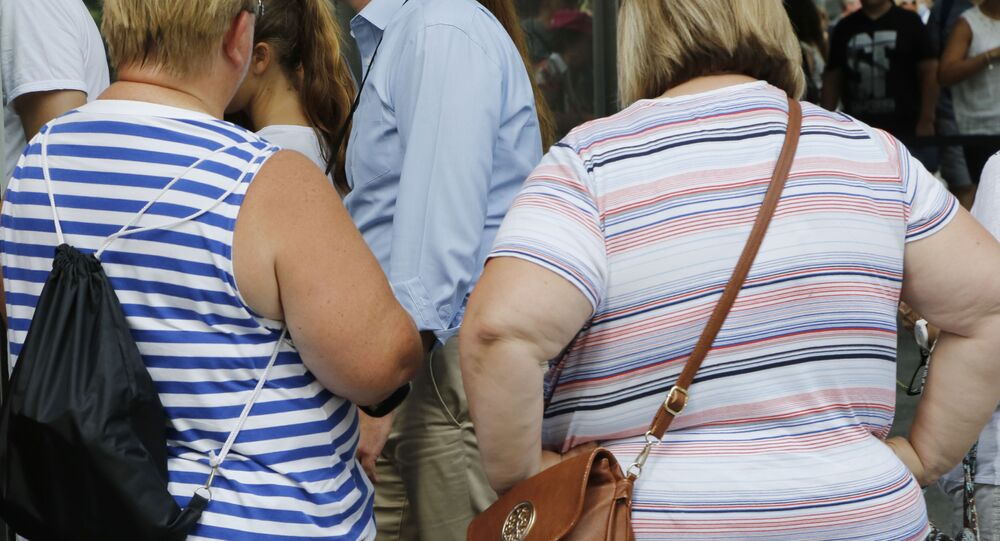 The recent decline in smoking and increase in obesity across the US may prompt health officials to announce the latter as the leading preventable cause of cancer and bring about a restructuring of public health policy and programs, according to a recent report.

As investigations into obesity-associated cancer continue, doctors and researchers are discovering the known obesity epidemic in the US may pose more of a risk in the coming years than previously thought.

An April 30 report in the Lansing State Journal (LSJ) highlights how several findings since the first large-scale study on obesity's link to cancer in 2003 have revealed at least 13 types of cancer are associated with being overweight or obese.

"As of right now, excess bodyweight or obesity are linked to 13 different types of cancer," Kristen Sullivan, director of nutrition and physical activity for the American Cancer Society, told LSJ, adding that it is likely "more cancer types will emerge as we continue to do more research." 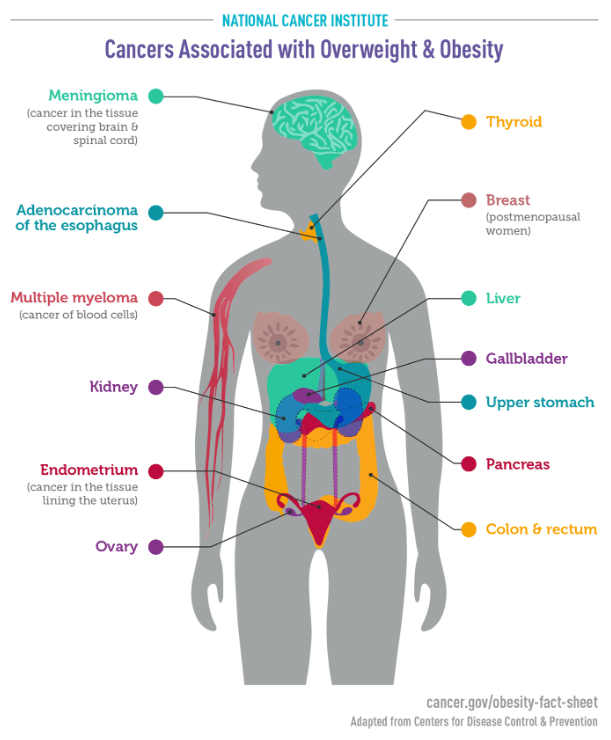 Though research has made great strides in identifying the types of cancers associated with an overweight body, it remains a mystery exactly what area of the body is most likely to form cancer in response to a high concentration of fat.

However, many in the medical community have a hunch the link lies in the visceral adipose tissue, or intra-abdominal fat, notes LSJ.

Being that intra-abdominal fat lines one's organs, changes in that fat are usually not a good sign. Relating to conditions such as cardiovascular disease or type II diabetes, a change in belly fat for an obese individual is a major sign of a degradation in health — even if scientists are currently unable to pinpoint a cancer's exact catalyst.

Sullivan told LSJ that excess weight anywhere in the body has the ability to "impact levels of certain hormones like insulin or estrogen. And we know of those hormones [that] elevated levels can increase risk for certain types cancers."

With obesity a growing problem across the board in the US, obesity-linked cancers are also on the rise — particularly, researchers found, in younger people and in African Americans of all ages.

"The risks for certain obesity-related cancers in younger people is higher in today's generation of young people than it was a couple generations ago," Sullivan revealed in the report.

For African Americans in particular, obesity research points the finger at the framework of inner cities, noting how areas such as Detroit possess unreliable public transportation coupled with unhealthy food options within walking distance for residents. This combination results in a breeding ground for obesity as well as a number of other health disorders, including cancer.

In order to combat these cyclical pitfalls and the obesity epidemic as a whole, the LSJ report suggests a possible top-down approach involving policy changes would have the best effect in curbing obesity. However, due to the research still being at a somewhat early stage, the issue is being addressed on the state level.

Michigan, a state where more than 32 percent of the population is obese, has taken steps to fight the fat.

"Our section will work on promoting cancer awareness and prevention," Courtney Cole, a cancer prevention consultant in Michigan's Department of Health, told LSJ. "A lot of the programs we do offer focus on those risk factors such as diet and physical activity, and we do have direct service programs within our section."

Despite a history of relative inattention to the issue, doctors and researchers remain hopeful that the US will rethink how obesity is addressed and what funding should be allocated to cancer-related programs to fight both epidemics — hopefully sooner rather than later.

Democratic Sen. Bennet Wants to Run for President in 2020 Despite Cancer

HPV Cancer is a Killer but You Can Beat It