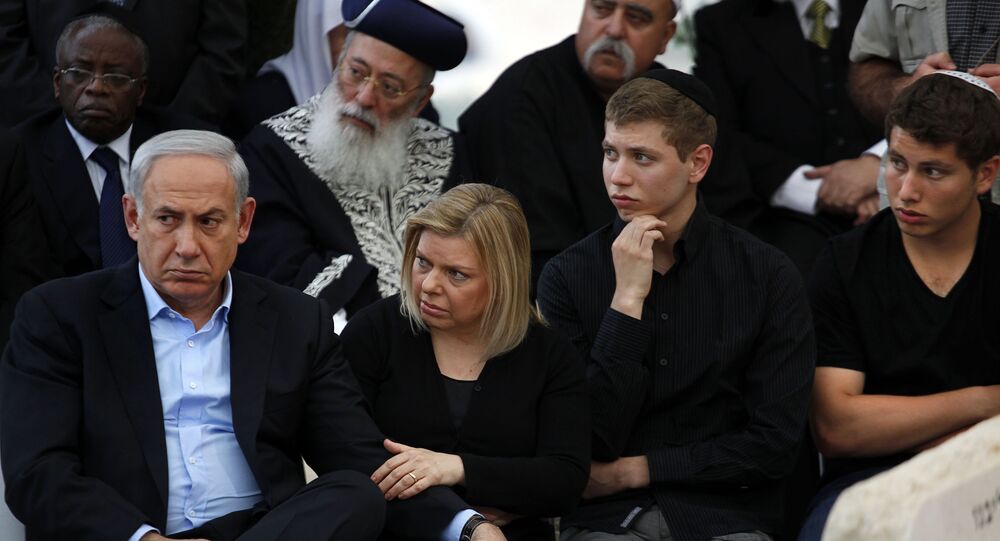 Two days after the publication of a controversial cartoon, The New York Times published an editor's note admitting that the image contained "anti-Semitic tropes" and notifying of its deletion, but failing to give an explicit apology for publishing it.

The New York Times has faced a public backlash over its depiction of Israeli Prime Minister Benjamin Netanyahu as a guide dog leading US President Donald Trump, with sons of both countries' heads joining the critical voices.

Yair Netanyahu has slammed the NYT as anti-Semitic newspaper, adding that it also hid the reports of Jews' mass murder during the Holocaust. The latter refers to an investigation by Laurel Leff into the newspaper's alleged efforts to downplay the scale of the Nazi-organised genocide.

Donald Trump Jr, son of the US president, also entered the fray and lambasted the NYT's cartoon as "disgusting […] flagrant anti-Semitism". He also suggested that the public reaction would have been more severe if it was not published in a "leftist newspaper".

The controversial cartoon was published on 25 April, but on 27 April the newspaper published an editor's note on its Twitter notifying that it has been deleted. In the note, The New York Times admitted that an image of Netanyahu as a guide dog with a Star of David collar and Trump as a blind man with kippah "included anti-Semitic tropes" and was offensive. The newspaper didn't explicitly apologise in the text, but said that it was "an error of judgement" on its part to publish it.

The publication of the note coincided with the latest shooting in the US, at a synagogue. John T. Earnest, 19, was arrested after killing one and injuring several other worshippers at the Chabad Synagogue in Poway, California. Prior to the shooting, Earnest allegedly posted an anti-Semitic manifesto online claiming that all Jews "deserve nothing but hell" and indicating that the attack was largely inspired by the Pittsburgh Tree of Life synagogue shooting in 2018 and the Christchurch mosque attacks in March 2019.

Following Anti-Semitism Row, Chelsea to March From Auschwitz Again With US Team