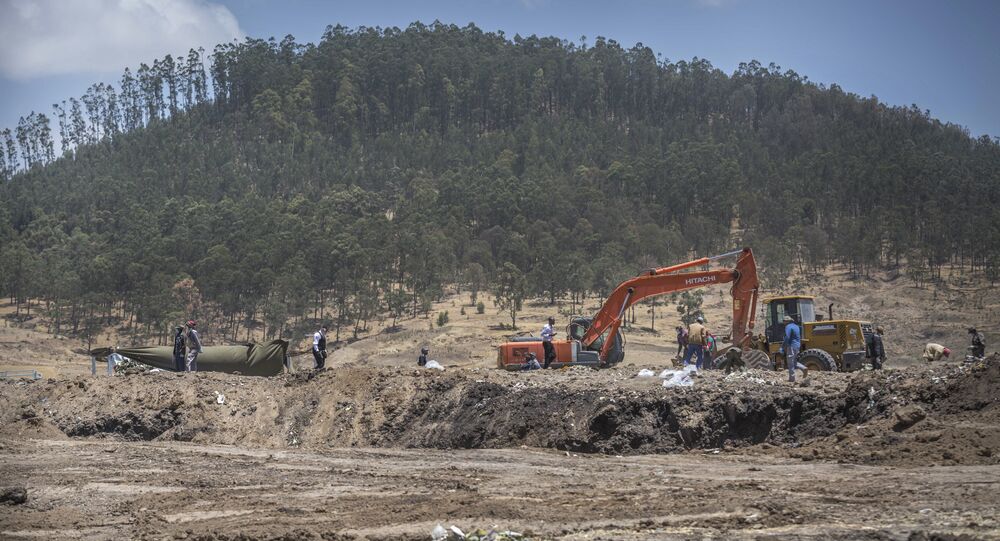 Families of the victims of the Ethiopian Airlines crash on March 10 in Addis Ababa are still not in possession of their loved ones’ personal effects and remains due to what they call inadequate recovery operations.

According to Ethiopian Airlines, contact with the Boeing 737 Max 8 was lost at 8:44 a.m. on March 10, just a few minutes after it took off. The plane crashed shortly afterwards, killing all 157 people from 35 nations onboard.

Families of the victims and a spokesperson for ZAKA, an emergency response organization in Israel, recently told the Times of Israel that the victims' human remains and personal belongings have been left exposed at the crash site.

"What I personally found on the crash site left me shocked. Among many things, I collected legible business cards, a vaccine booklet, and an agenda. Each of these had vividly readable names and surnames, and were just left on the surface, completely unattended," a family member of one of the victims, who spoke on the condition of anonymity, told the Times of Israel. She decided to visit the crash site after becoming frustrated with responses from Ethiopian authorities to her inquiries about the accident and recovery.

"To my dismay, we also found what looked like remains of human bones, which were then handed over to the guardians in the military tent, just outside the site of the crash," she told the Times of Israel, also adding that the remains were "wrapped using some mere plastic found on the ground."

The plane crashed outside the Ethiopian town of Bishoftu, southeast of Addis Ababa, causing a 80-meter by 80-meter crater upon impact. Photographs of the crash site provided to the Times of Israel show the victims' belongings and plane fragments still scattered around the site, almost two months after the crash.

"At the beginning, [the Ethiopian authorities] should have blocked off that place and sent an organized team to search, instead of just leaving it open. I'm unhappy about that. It's supposed to be easier if it's in the government's hands," Milka Yimam, an Ethiopian and Israeli citizen whose 26-year-old son died in the crash, told Reuters last month.

Furthermore, victims whose bodies are not recovered in Israel are listed in government files as "disappeared" instead of "dead," which can result in complications when it comes to administering inheritances or remarrying. Two Israelis were killed in the Ethiopia Airlines crash.

Zahav also told the Times of Israel that his organization is still waiting for Ethiopian authorities to give them the green light to start collecting the remains and belongings of victims.

Following the Ethiopian Airlines crash, and the October 2018 crash of a Lion Air-operated 737 Max 8 into the Java Sea that killed 189, a number of countries including the US, China, India, Egypt, Vietnam and EU states blocked the Boeing 737 Max 8 from their airspace as investigations regarding the crashes are carried out. So far, the plane's new flight control system, the Maneuvering Characteristics Augmentation System (MCAS) has been implicated as a cause in both disasters. The MCAS, initially designed to be a safety feature, is supposed to evaluate sensor data and push the plane's nose down to keep it from stalling in the event that the nose is too high.