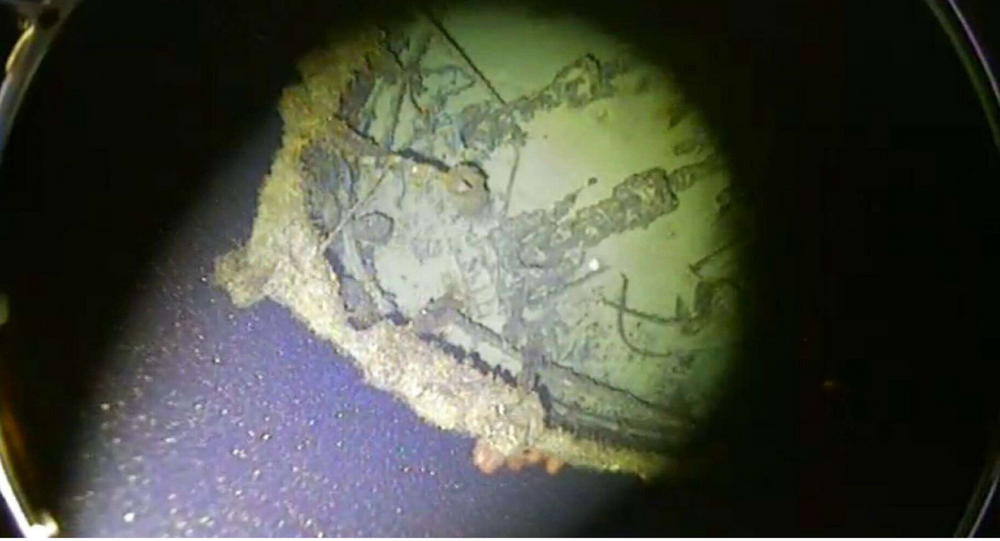 An Australian freighter that was sunk by a Japanese submarine during World War II has been discovered “relatively intact” 77 years later in the Bass Strait between mainland Australia and Tasmania.

According to a press release by the Commonwealth Scientific and Industrial Research Organization (CSIRO), an Australian federal government agency that conducts scientific research, the SS Iron Crown was found about 100 kilometers off the Australian state of Victoria's coast by Australian research vessel Investigator Tuesday. The Investigator was using multibeam sonar equipment and cameras to hunt for the sunken ship.

​The 100-meter-long ore freighter was sunk by a Japanese submarine on June 4, 1942, while passing through Bass strait with manganese ore cargo. The freighter sank within 60 seconds of being struck by a torpedo from the submarine. The incident led to the death of 38 members of the ship's 43-member crew.

"The Iron Crown is historically significant as one of only four World War II shipwrecks in Victorian waters and is the only ship to have been torpedoed by a submarine in Victorian waters," Peter Harvey, a maritime archaeologist with Heritage Victoria, a Victorian state government agency, wrote in the press release.

​"There were 43 crew from the Australian Merchant Navy on board the ship and 38 lost their lives in the attack. Locating the wreck after 77 years of not knowing its final resting place will bring closure for relatives and family of those that were lost at sea, as well as for Australia's maritime community," he added.

According to Emily Jateff of the Australian National Maritime Museum, who led the search for the wreck, the wreck seems to be "relatively intact" and the ship is "sitting upright on the seafloor in about 700 meters of water." Images captured by the camera on Investigator shows the intact bow of the ship, railings and anchor chains.

"We have mapped the site and surrounding seafloor using sonar but have also taken a lot of close-up vision of the ship structure using a drop camera. This will allow us to create a composite image of the whole site to assist in follow up surveys for its conservation and management," Jateff noted.

The Tuesday press release also states that a memorial service will be planned for the site, since the discovery of the wreck is of "national significance." Additional details regarding the memorial service were not revealed.

This is not the first time that the Investigator has uncovered historically significant shipwrecks. In 2017, the vessel discovered the SS Macumba, a merchant ship sunk on August 6, 1943, during a Japanese air attack in the Arafura Sea, west of the Pacific Ocean.