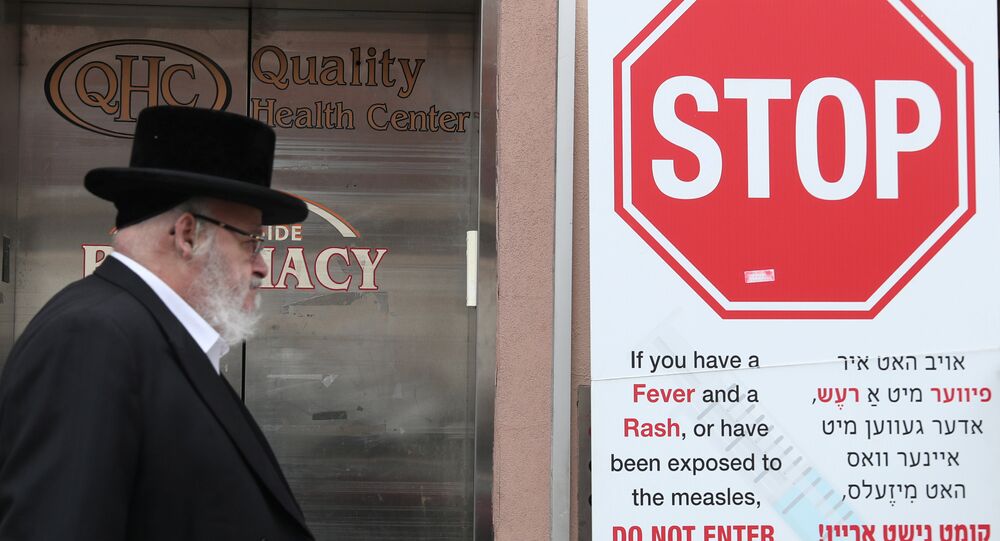 A recent measles outbreak that debilitated an El Al flight attendant has triggered Israel’s Ministry of Health to release a directive suggesting the airline inoculate their staff in an effort to curb the spread of the viral infection.

More than 250 El Al airlines workers have received vaccinations following the ministry's recommendation, which was issued in response to a recent measles outbreak that has led to hospitalization, coma and irreversible brain damage for one flight attendant and a 10-year-old child.

"Due to the continued spread of measles and the exposure of air crews, we recommend that all your workers be vaccinated," the ministry release states. "Make sure that your workers receive two inoculations and place a special emphasis on the air crews that come into contact with travelers."

Earlier this month, a 43-year-old female flight attendant working on El Al Flight 002 from New York to Tel Aviv was admitted to the hospital after coming in contact with a carrier of the virus and developing a fever and meningoencephalitis, an inflammation of the brain and surrounding tissues triggered by measles infection.

Days later, the worker, already dependant on a ventilator, slipped into a coma and was transported to an isolated intensive care unit, where her condition continues to worsen, Israeli outlets report.

The 10-year-old boy also remains unconscious and is suspected to have permanent brain damage, according to Times of Israel.

Later blood work would reveal the employee had received only one vaccination against measles, rather than the recommended two.

According to the ministry, Israel received more than 3,600 reports of measles cases between March 2018 and February 2019. Furthermore, an estimated 2 million Israelis are said to be partially vaccinated or not vaccinated at all.

"People born between 1957 and 1989 generally only had one MMR dose. One dose is about 93 percent effective at preventing measles, but anyone in that age group can still get a second dose," says Russell Faust, medical director for Michigan's Oakland County Health Department.

Following the deterioration of the employee's health and the ministry's announcement, a special clinic was set up at Ben Gurion Airport to immediately begin administering vaccinations to workers.

In additional efforts to ramp up school-age vaccinations, the Health Ministry most recently moved to keep child health care centers open during Passover, when schools are on break.

Israeli outlet Channel 12 revealed the majority of the 45,000 unvaccinated children in Israel come from a small faction of ultra-Orthodox communities that oppose vaccines, according to Orthodox Jewish leaders.