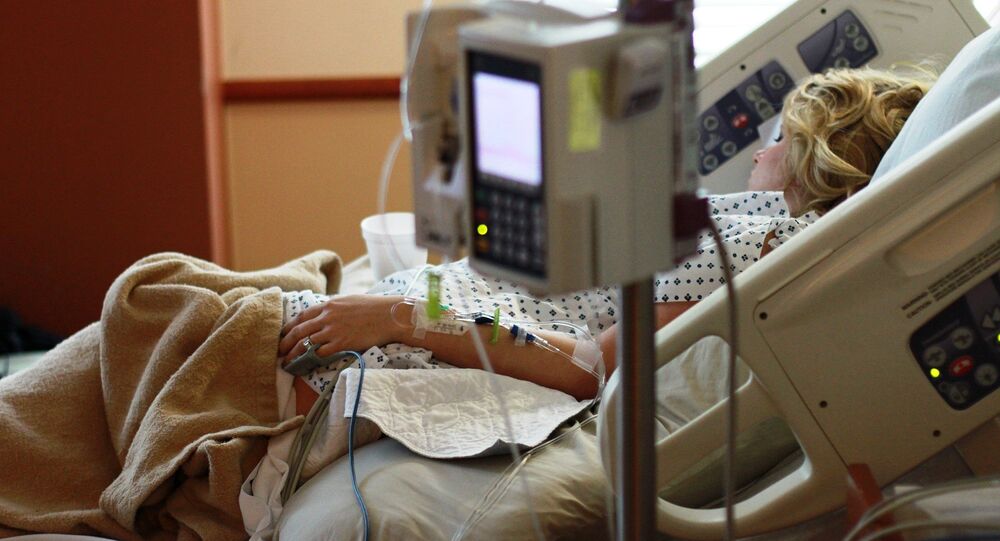 An anonymous employee at the insurance giant UnitedHealthcare leaked a video to the Washington Post of the company’s chief boasting about how the for-profit company is doing all it can to undermine political and cultural support for the movement to Medicare for All in the US.

The whistleblower stated that he had taken his story public so that patients in the US would understand what they are up against as they attempt to trim unnecessary financial dealings from what most agree must be a freely-offered right to healthcare for all.

"I felt Americans needed to know exactly who it is that's fighting against the idea that healthcare is a right, not a privilege," the anonymous whistleblower told the Washington Post's Jeff Stein.

According to the whistleblower, UnitedHealthcare CEO Steve Nelson bragged about pushing back against the push by lawmakers on both sides of the political fence for Medicare for All.

In answering questions about how his for-profit health insurance company was fighting the popular Medicare for All movement, Nelson hinted at crafting carefully strategized backroom dealings while brewing a broad propaganda blitzkrieg.

"One of the things you said: ‘We're really quiet' or ‘It seems like we're quiet.' Um, we've done a lot more than you would think," Nelson asserted in response to an employee's question about the company's role regarding Medicare for All, according to a leaked video, mentioned by the Washington Post but not published.

"You want to be kind of thoughtful about how you show up and have these kind of conversations, because the last thing you want to do is become the poster child during the presidential campaign," Nelson warned, cited by Washpost.com.

© East News / AP
Will US Republicans Kill Medicare and Medicaid in 2018?

In addition, Nelson declared that UnitedHealthcare "opposes Medicare for All because it excludes the private sector, which he said does a better job of delivering healthcare than the government, and said he doubted how a single-payer system could be funded or effectively administered."

The CEO's comments were leaked just a few days after Vermont Senator and 2020 presidential candidate Bernie Sanders (I-VT) revealed a new Medicare for All healthcare bill, which will extend US healthcare benefits to everyone, including undocumented migrants, Sputnik reported Saturday.

The bill, introduced by Sanders last week, did not reference immigrants directly, but clearly stated it would cover all US "residents." The bill has received the support of Senators Kirsten Gillibrand (D-NY), Kamala Harris (D-CA), Cory Booker (D-NJ) and Elizabeth Warren (D-MA).
The bill is intended to be a major step beyond the Affordable Care Act (also known as Obamacare), which limits its effect to those who are US citizens, nationals and "lawfully present immigrants."

Following the introduction of his bill, Sanders criticized insurance and pharmaceutical companies.

"In my view, the current debate over Medicare for All really has nothing to do with healthcare. It's all about greed and profiteering," Sanders said in a recent statement.

"It is about whether we maintain a dysfunctional system which allows the top five health insurance companies to make over $20 billion in profits last year," he pointed out.

On Friday, Sanders addressed Nelson and UnitedHealthcare in a Twitter message, writing: "Our message to Steve Nelson and UnitedHealthcare is simple: When we are in the White House your greed is going to end. We will end the disgrace of millions of people being denied health care while a single company earns $226 billion and its CEO makes $7.5 million in compensation."

​In a recent statement to the Washington Post, Medicare for All campaigner Tim Faust noted, "When the people begin organizing against private insurance, the lonely insurance executives turn to their only friends: the elected officials beholden to their cash."

Medicare for All, a ‘single-payer' plan, envisages the US government paying for any and all expenses related to the physical health and wellbeing of its citizens, similar to most every other developed nation in the world.

By eliminating every other money-moving, for-profit or bureaucratic entity from the current US healthcare system, including insurance companies as well as federal and state branches, Medicare-for-All would provide all the necessary baseline healthcare needs for every US citizen, at no charge to the patient.

Medicare-for-All would eliminate the need for the thousands of publicly-traded and extremely-profitable private-insurance companies that have managed to insinuate themselves between patients and actual healthcare providers, including doctors, clinics and hospitals, according to Washpost.com.